Wakefield Golf: Season is Over Before School Even Starts 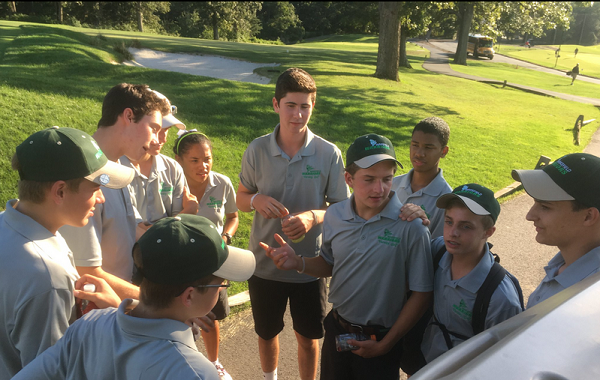 Which sport is over before school even really gets started?

Which sport has won their first 4 games?

Which sport has had their best score in 10 years this season?

This sport is a contradiction in terms. It is a team sport but each player has no idea how the other player is doing during the match. Players spend 4 hours a day practicing. The rules seem archaic, which does make sense since the game has been around since the 1400s. Varsity Golf teaches players a lot about patience and perseverance. Golf doesn’t get pep rallies and cheerleaders, it is for the love of the game, purely.

The Karton brothers stopped by to let Wakefield know a little more abut the sport and how Wakefield can support the golf team. “Well, you just have to know the rules and tips for surviving a golf match” senior Jake Karton said; “If you are going, water and snacks are key. You can cheer on golfers AFTER they have hit their shots. It would be nice to see some fans. The only people who ever show up are family members.”

Coach Chauvenet let The Chieftain know that the team plays against Jefferson on Jefferson’s course in Alexandria on Monday, August 29th. They also play against #crosstownrivals Washington-Lee AND Yorktown on Wednesday, August 31st at East Potomac Park on the blue course. WHERE YOU AT, SUPERFANS? 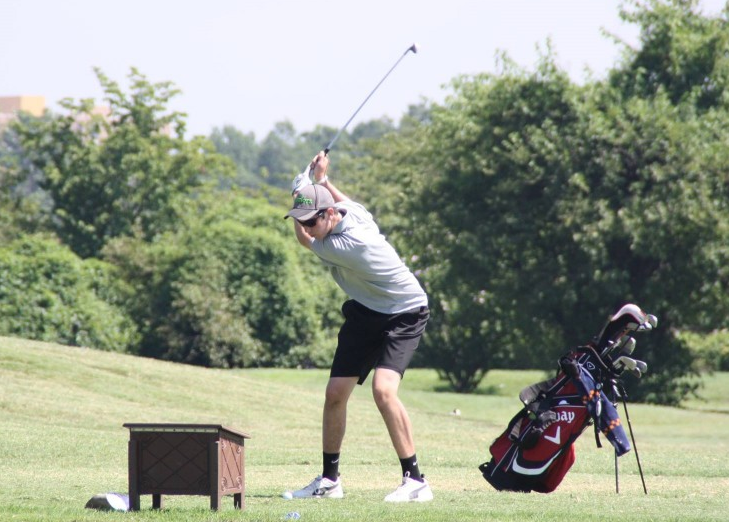 Jake transferred to Wakefield from Thomas Jefferson High School his sophomore year. TJ was “cool but a stressful environment. I love Wakefield.” He has been playing all three years he has been at Wakefield, but has been playing golf since he was 5 years old. Wakefield Golf “feels like a tight knit team. We want each other to do well. The coaches are cool and fun to be around. They make the four hour practices bearable.”Why has Jake been playing so long? The life lessons. Jake said, “At the end of the day, you just get a number…like a grade. But so much work goes into that number. So, golf has helped me focus on rating success by the work I do, and not the number I get at the end.” #deepthoughts

Sibling and sophomore Brody Karton has been playing since he was 5 years old as well. #copycat He is also a copycat when it comes to learning deep life lessons from the game of golf; “it has taught me not to get frustrated. If I don’t hit my best shots, I just keep practicing, and practicing.” He likes the sport a lot. In Basketball you “run alot, but with Golf, there is a lot of down time with each shot, so you get to hang out. It makes you a close knit team.”

The team is a very close knit group, and it shows in their record. They have won their first 4 matches! They played Edison at the beginning of the month and won by 14 strokes. The beat TC Williams on Tuesday, August 16th and beat them by 8 strokes. Their combined team score was 166. The lowest score in 10 years! The team beat Lee on Monday, 171-212 (The lower the score the better). Yesterday, Wakefield’s Varsity CoEd Golf Team beat Falls Church by 28 strokes! #winningwarriors

When senior Blake Jones started high school, his friends played golf, and he thought he would give it a try. He has learned that every once in a while you need to “step back if you are having trouble.” He lives this motto every day and it has helped him perfect his short game, shots within 100 yards of the hole.

Like many high school golfers, senior Matt Westrick started playing with his dad when he was younger. He plans to continue playing the sport into adulthood. He likes that he can do it by himself but “still feel like part of a team.” Another thing he likes but didn’t realize how much until this season is that, “you can never be the best, but you keep working and put time into it and get better than you ever thought you could.”

How does the team stay together even when thy are on individual holes? The coaches. Coach Greenfield has been the Wakefield Golf Coach for 10 seasons. Surprisingly, he never played golf in high school. He didn’t pick up the sport until he was 48 years old. When he took the golf team over, players only had to sign up to play. He has built the program to the point that people need to try out and get selected to be on the team.