New Princess Moana Taking the World by Storm; Elena of Avalor Left in the Dust 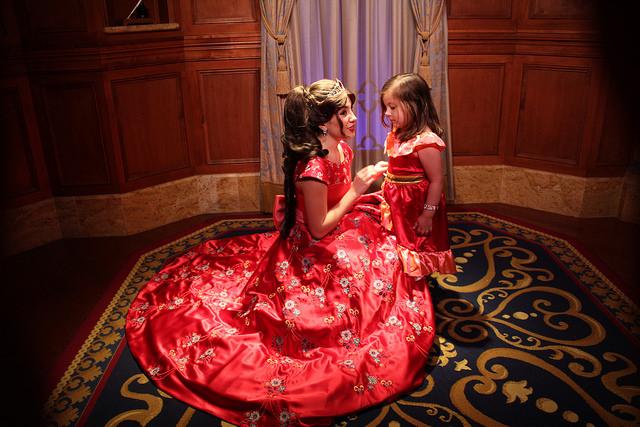 Elena of Avalor aired on Disney Jr. on July 22, 2016. Elena is Disney’s first Latina Princess! Elena didn’t even get her own movie before another princess came along. Everyone is raving about the new Pacific Islander Moana, but not much has ever been said about Elena. Most of the Disney Princess have had their own movie, but Elena only got a show on Disney Jr.

While visiting Disney World, there are many little girls exited to meet Elena and hear her sing; they can even dress up as her! 17% of the American population is Latino, with 55% of Wakefield’s population being hispanic, so little girls need someone to look up to. They need someone they can relate to, a princess to be proud of.

Nancy Kanter, Executive Vice President and General Manager at Disney Junior Worldwide said, “what excites us most is the chance to use distinctive animation and visual design to tell wonderful stories influenced by culture and traditions that are familiar to the worldwide population of Hispanic and Latino families and reflect the interests and aspirations of all children as told through a classic fairy tale.” Elena was left very unnoticed by most people despite this statement.

We are sure Moana is going to be a great movie, and are excited to see it, although Lilo From Lilo and Stitch isn’t a Disney Princess, she was technically the first Pacific Islander with Disney. She had multiple movies and even a T.V. show for a while.

Elena should have received this much publicity for being the First (oh did I mention FIRST) Latina Princess. Elena deserves it. She is a great princess to look up to for all little girls. She is brave, caring, funny, and kind.