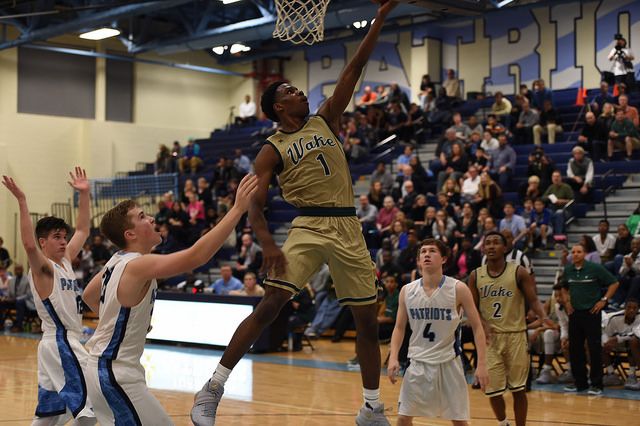 Wakefield Boys Varsity started out the season with a great win over cross-town rivals, the Yorktown Patriots in the Patriot’s house. The Warriors were on a role from the get go, making for a very comfortable lead through out the game. Superfans commented on how great the boys looked on the court, going so far as to say they were better than ever.

“We had no pressure. It was their court, they had to defend it” said senior and Point Guard Alan Treakle. (#treaknation) The Warriors started off the game with an 11-2 run, and never looked back. Wakefield finished the first half leading 33-20, which was the closest the game ever got. “It shouldn’t have been that close at half time” said junior and Center Amari Cooper. The Warriors led the Patriots by 20 points in every quarter after the half.

Treak paved the way for many scoring opportunities, especially for Parks and Cooper. Parks and Cooper led the way on the offense for the bulk of the game. Parks lit up the court from the outside with his jump shot, while Cooper made plays around the rim between Yorktown’s defenders. Junior Mahmoud Eltaher’s presence was seen on the defensive side, blocking shots and leading to Patriot turn overs. Though the Warriors still need to be “more active on defense” said Cooper of future games.

The final score was 77-50, Wakefield. The Warriors have now beat the Patriots in back to back season openers. Treak told the Chieftain that “This win was for Coach Bentley; this game was really important for him.”