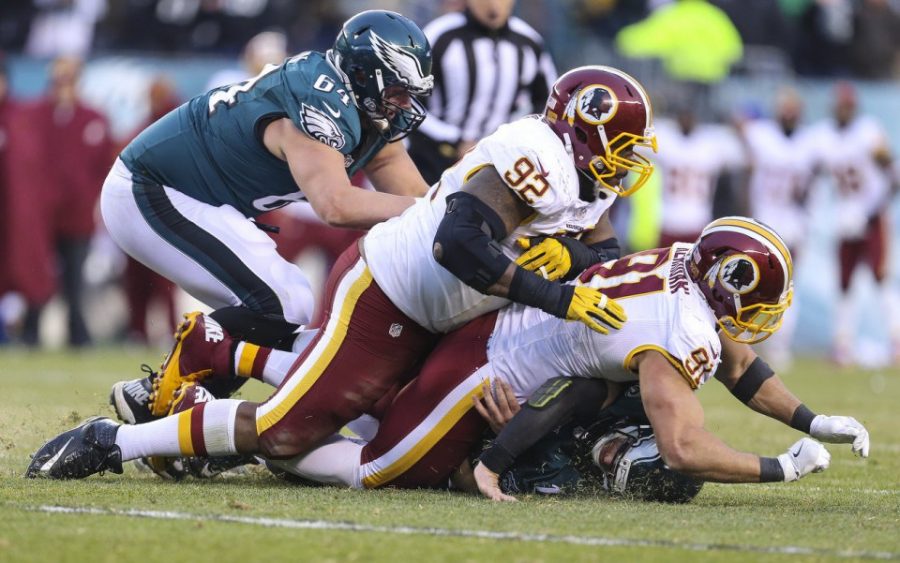 Washington came into Week 13 on a 2 game losing streak and out of the Playoff picture. This game against a tough Eagles defense was a must-win for the Redskins and a loss could end their playoff chances completely.

Early in this game, Washington’s defense struggled terribly as Philadelphia were gaining yardage in chunks and the Washington defensive line couldn’t get to Eagles QB Carson Wentz. On the other hand, Washington’s offense started off slow not really getting anything going and a few missed throws from QB Kirk Cousins didn’t help either.

In the first half, Washington got outplayed in every phase of the game yet the score at half was only 13-7 Eagles.

Coming out for the second half, Redskins’ Coach Jay Gruden said he wanted to see more energy. And that’s exactly what he got. Washington scored 14 unanswered points coming from a 80 yard touchdown pass from “Captain Kirk” to former Eagles WR DeSean Jackson who had 3 catches for 102 yards. Eagles would eventually take the lead back, but Cousins led a game winning TD drive ending with RB Chris Thompson’s 25 yard TD run.

Washington won 27-22…keeping their playoff hopes alive. This was a big win for a team that has struggled the last two weeks and needed to regain confidence.

After this tough 3 game road trip, Washington finally gets to come back home where the Carolina Panthers roll into town. Carolina is having a rough season but they were in the Super Bowl a year ago; this will be a tough test for the Redskins. As said before, every game is a must-win for Washington.

The playoff push continues next week in D.C.