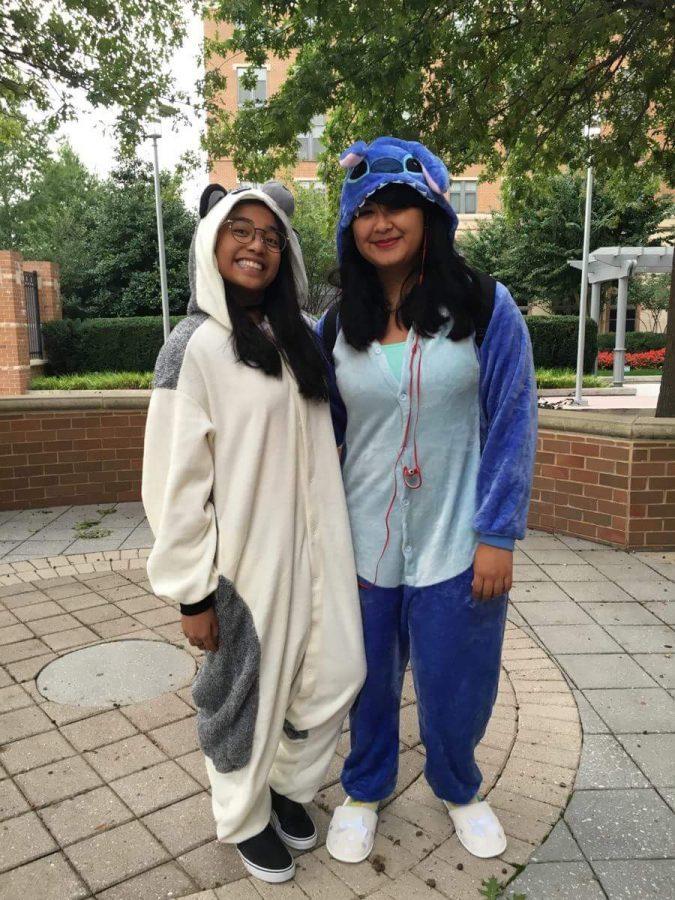 Being the daughter of a Military Man is hard, not only because of how risky their job is, but also because of how often you have to move. I’ve been in about 13 different schools, in many different countries, BUT I had never studied in a school in the US. The only references I had to an American school were from the movie Grease and The Breakfast Club. Those pretty looking hallways full of lockers painted in the colors of the school, the huge gyms and long football fields, having lunch in a cafeteria and hanging out with a group of friends, not having to wear uniforms and being able to wear you hair in the way you wanted. For me, studying in an American school was just a dream, a fantasy.

I still remember the day my dad told me we were moving to the US, I had just gotten home from school, it was my birthday, and as I came in the first thing I saw was both my parents sitting in the dinning table with dead serious faces. I had never seen them like that I was worried that a relative had passed away.

My dad made me sit down, and as the words came out of his mouth I was thrilled. He said “we are moving again, but this time we are going to the United States.” My mother couldn’t hide her excitement anymore. “We’ll be there for a year, your dad’s job will provide a fully furnished apartment, so we don’t have to worry about any of that.” My youngest brother came through the door the minute they were saying it, he was shocked; he did not take the news as well as I did.

We had 1 week to fully pack our entire house and leave, otherwise my dad would arrive late to his new job. My dad left 3 days earlier, leaving my mom and I alone to finish packing, but I still had to attend school, I had final exams and all of my grades depended on those exams. I couldn’t miss them, I had to take them on a weekend all together and pack all night long, the day before we left both my mother and I had slept 2 hours, but it was all worth it.

My father had already settled down in what would be our new house. He picked us up at the airport and took us home. I was both excited and exhausted, but I had a lot of catching up with school to do because I was told I was gonna be tested in math and English. I was worried about my math, since I’ve never been good at it, and even if English is not my first language I was quite confident about it.

Summer passed by and finally the time to start school had come, I can’t think of any moment in my life were I was this excited to enter a new school. It was Back to School Night. As I entered town hall, I felt chills going up and down all over my body. This school was 5 times bigger than the one I used to go to, and there were at least 10 times as much people, everything looked so neat and shiny I couldn’t wait to attend to this new school.

As school began and the first month passed by, I realized that American schools were just like the ones in the movies, and that one of the biggest dreams I ever had was coming true. Of course fitting in wasn’t easy at first, and making friends was one of the hardest things, but after a few weeks I made some pretty amazing friends that have been there for me. If there’s something I’ve learned at school is  that Wakefield has a place for everyone, regardless of what interest you have and what language you talk, you will always find a club or a class were you fit right in.

And maybe I’ve only been here for a semester, but I already know this school year is an experience that will change my life forever.