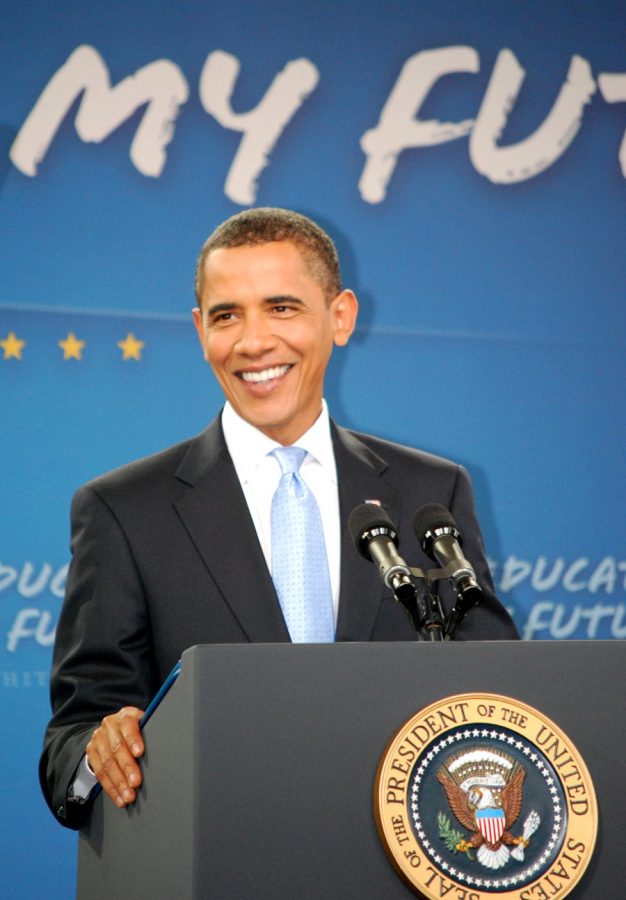 Obama when he visited Wakefield in 2009.

Last Tuesday, President Barack Obama and his family traveled to the city of Chicago to deliver a very emotional farewell speech. As he walked on to the stage with his bright smile and head high the crowd screamed and chanted “four more years.”

Here are some words he delivered in the beginning of his speech.”It’s good to be home. My fellow Americans, Michelle and I have been so touched by all the well-wishes we’ve received over the past few weeks. But tonight it’s my turn to say thanks. I first came to Chicago when I was in my early 20s, still trying to figure out who I was; still searching for a purpose to my life.”

Obama also spoke about how everyone is created equal and is given undeniable freedom along with rights. He invoked The Declaration of Independence in his speech; “all created equal, endowed by our creator with certain unalienable rights, among them life, liberty, and the pursuit of happiness.” He pushed the public to not only strive as individuals but to also strive as a community. “This is the great gift our Founders gave us.  The freedom to chase our individual dreams through our sweat, toil, and imagination – and the imperative to strive together as well, to achieve a greater good.”

President Obama didn’t want his wife’s hard work to go unnoticed; he not only acknowledged her but he also praised her. “Michelle – for the past 25 years, you’ve been not only my wife and mother of my children, but my best friend. You took on a role you didn’t ask for and made it your own with grace and grit and style and good humor.”

He also brought his daughters into the spotlight. “Malia and Sasha, under the strangest of circumstances, you have become two amazing young women, smart and beautiful, but more importantly, kind and thoughtful and full of passion.  You wore the burden of years in the spotlight so easily.  Of all that I’ve done in my life, I’m most proud to be your dad.”

It didn’t stop there, he also mentioned his vice president Joe Biden with words that showed their relationship was more than just business. “You were the first choice I made as a nominee, and the best.  Not just because you have been a great vice president, but because in the bargain, I gained a brother.”

For his farewell speech it is clear that Obama didn’t want the focus of the night to be  on him. He shared some of the glory with his daughters, wife, and the VP. He gave us some hope for the future. We need to keep his positive message moving forward with the next administration.