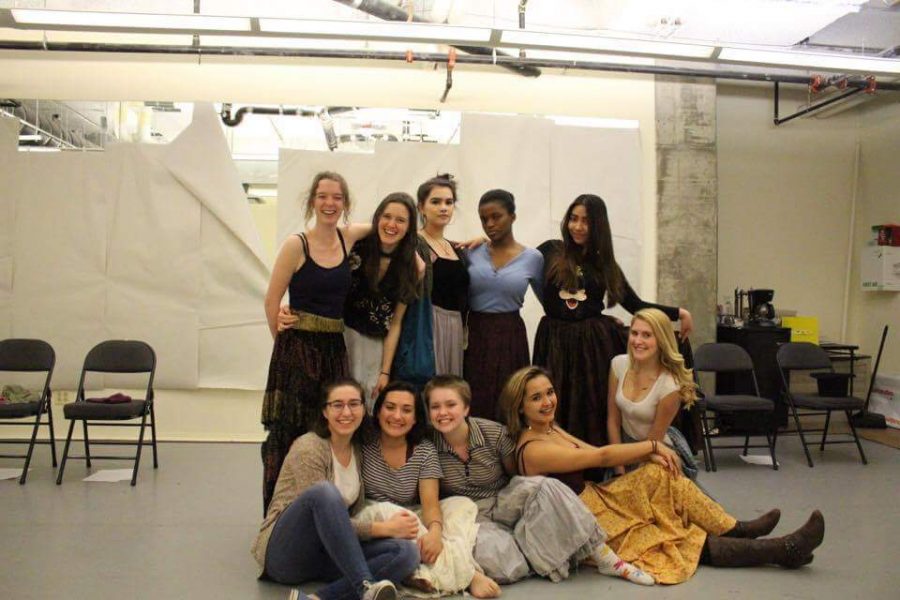 Smile Lines “stretches back from the protests of the National Woman’s Party’s protests to the present-day fight for female voices everywhere,” said playwright Joe Calaraco. Smile Lines conquers many controversial  subjects, such as race and gender equality.

The play focuses on the Silent Sentinels, a group of brave women who protested outside of the White House for 2 and a half years starting in 1917.  Throughout their protests many of the Sentinels were beaten, and even jailed. Nonetheless, they prevailed and in 1919 the 19th Amendment was passed in the Senate, and by 1920 it was recognized nationally as law.

In to order to be prepared for the play, the cast spent “3 weeks in December, where they educate everyone on what it was like to be [a part of] the suffrage movement…. like a bootcamp,” said Wakefield sophomore Kem NguyenLe PhuongAnh.

The Silent Sentinels are played by 10 young girls from schools in Arlington County. Their next performance is this Saturday, March 18th. Tickets are sold out, but a stand by line will forma t 10am at the theater.

Come out and support our Wakefield Warriors as they put all their hard work on display.