WWI All Over Again? History Repeats Itself? Kim Jong-Nam Assassination 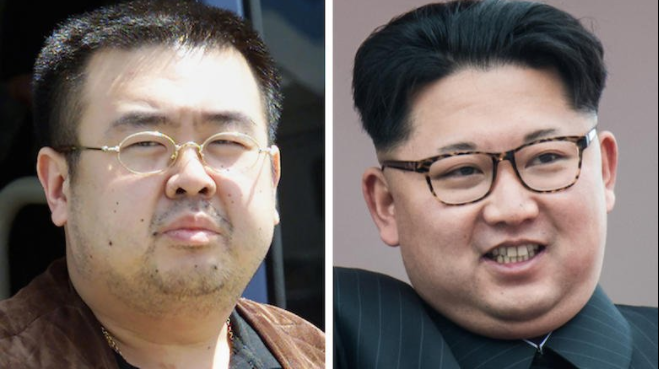 On February 13th, Kim Jong-Un’s half brother Kim Jong-Nam was assassinated at Kuala Lumpur International Airport in Malaysia. Two women allegedly walked up to him and killed him by rubbing their hands all over his face. He died a short while after. It sounds like it came straight out of a James Bond thriller. It actually came from an assassination over 100 years ago.

The reason why this date is important:

A) June 28th was a Serbian National Holiday.

B) Austria-Hungary and Serbia hated each other and the fact that the heir to the throne of the Austro-Hungarian Empire, Archduke Franz Ferdinand, was visiting on that very day was a smack in the face to Serbians.

He and his wife Sophie were assassinated by Gavrillo Princip, who was a part of the “Black Hand” a terrorist organization. (SIDE NOTE: Princip’s partner in murder had tried and failed to kill the couple. Princip found out about it. Gave up, too. He went to a sandwich shop. The drivers of the royal couple took a wrong turn, and ended up at Princip’s sandwich shop. Since they literally landed in his lap, he killed them.)

The reason why this assassination is important:

This single act started a ripple affect which led to World War I.

The reason why it is important to note the similarities:

This is similar to the assassination of Kim Jong-Nam for a number of reasons.

A) Archduke Franz Ferdinand was next in line to the throne; Kim Jong-Nam was supposed to be the heir to North Korea.

B) They both were assassinated in foreign countries.

C) Their allies are fierce. If it comes to WAR…like it did in 1914…The Malaysians could ask for support from the UN, which would pull countries like America, Britain, France, Germany into the type of conversation that lead to war. The North Koreans (a small country like Serbia) could connect with a huge ally, China.

D) Kim Jong Nam’s assassination used chemicals (VX). The two women who allegedly walked up to him had this nerve agent on their hands. (“VX” can cause runny nose and tightness of the chest which leads to asphyxiation…The way the fatal dose of “VX” is administered is in 2 parts, hence why 2 women were tasked with the assassination.) The First World War was when chemical warfare (mustard gas) debuted.

Will we see History repeat itself in the most tragic way? Could this be the start of the Third World War? Or will this just fade away?