Act of Aggression? Or Was This Needed? Trump Fires Missiles On Syrian Airfield. 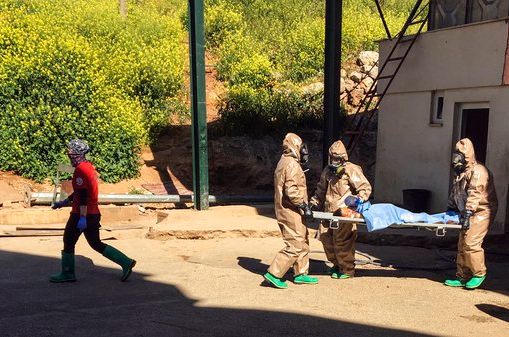 On Tuesday, the Assad Regime in Syria carried out a chemical attack in a rebel held town of Khan Shaykhun in the province of Idlib. A few hours after, another airstrike hit a medical clinic that was treating the patients. The attack killed 86 people including 26 children. According to the New York Times the chemical that was used was a Nerve Agent “Sarin”  (Which causes over stimulation of glands and muscles and will induce convulsion, paralysis, etc.)

One drop can kill.

President Trump was immediately notified, and yesterday he ordered 59 Tomahawk Cruise Missiles fired from US Warships on Al Shayrat Airfield. (The Assad Regime airfield from where the planes took off.)

People shared their rage, fear, and confusion on social media about the chemical attack and Trump’s retaliation. 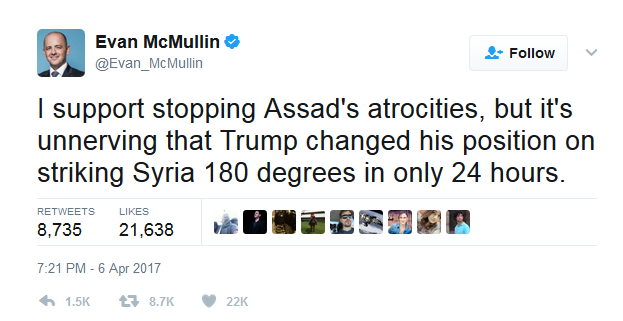 Some calling Trumps decision an act of war on social media.

Whether or not this would start war, we have to do something about President Assad and his direct violation of the Geneva Protocol.

The world is being reduced to sent and received messages. While the world waits for a reply from the aggressors, Syrian children are still fighting to take in a full breath.