The Wakefield Chieftain • May 5, 2017 • https://whschief.com/14824/news/you-know-things-are-serious-when-the-introverts-arrive/

You Know Things Are Serious When The Introverts Arrive 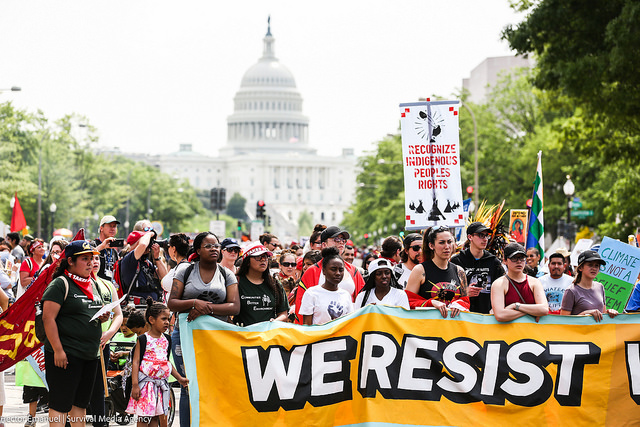 Two Saturdays ago the March for Science took place in Washington D.C. Everyone’s favorite science guy, Bill Nye, opened the event to remind people why they were marching. According to space.com Nye said, “We are marching today to remind people everywhere, our lawmakers especially, of the significance of science for our health and prosperity” said Nye, to the thousands of people who were a part of the march.

But you might be wondering, why did they march for science? There is no Planet B, and science helps us understand our planet better and help us to protect it from all the damage we’ve done. According to the March for Science site this march was “not only about scientists and politicians; it is about the very real role that science plays in each of our lives and the need to respect and encourage research that gives us insight into the world.”

Last Saturday the People’s March for Climate took place in Washington D.C. The reason for the March? It was President Trump’s 100th day in office and they wanted “to show the world and our leaders that we will resist attacks on our people, our communities and our planet.”

The focus of both marches seemed to be that the planet…and humanity…doesn’t have any more time to ignore the effects of climate change. BOTH marches had record high temperatures…hitting just over 90 degrees…temperatures that haven’t been that high since 1974. The unseasonable heat put an exclamation point on the issue.

If our focus on politics doesn’t cool down and our focus on how to save the planet doesn’t increase, the planet will take matters out of our hands. You know when the introverts march two Saturdays in a row…that the world needs to start paying attention.