Champions League Quarter Finals Leg 1 and 2, Are They Rigged? 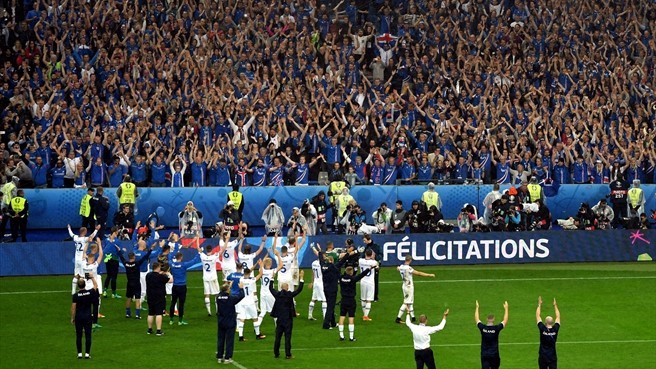 Only a couple more legs to go, and we will be watching the biggest final in European soccer. Only 8 teams remain, who will take their team through to the final! #uefadrid

Game starts out by a Vidal header which makes it 1 nil. At the 45th minute Bayern earned a penalty but Vidal skys it. After that it was all Real Madrid. MOTM Ronaldo

Standard, boring game for Atletico. Stayed back, and got a lucky pen. MOTM Griezmann

This game was postponed a day because a bomb went off at the team bus before the game. Bartra was injured and sent to the hospital but everyone else was okay but traumatized. UEFA decided to play the game the next day which I feel was a bad decision considering what they had gone through.

The game starts off with a couple back and forth chances. In just the 15th minute Monaco have won a penalty after Mbappe was fouled by Papastathopoulos. Fabinho steps up for it and sends the ball just wide, unlucky! Just a couple minutes after the miss Monaco get a goal through Mbappe who receives a deflection and simply taps it in at the back post. What a shot! Pischec takes a shot which is saved and Dembele taps it in but the linesman calls it offside. Oh my its an own goal by Bender. Monaco whips in a cross and it meets the head of Bender who accidentally headed it in his own net. Dortmund now have a long way to go if they want to win this thing. Dortmund strike once in the 57th through Dembele to make it 1-2. Mbappe strikes again for the 1-3 in the 79th minute, this is surely the end of the game. Dortmund manage get a consolation goal in the 84th through Kagawa. Dortmund now have to win by 2 in the next leg. MOTM Mbappe

Probably the most exciting game of the first leg rounds, we saw a lot of action. Juventus with one of the best defences and Barcelona with the best trio attack in the world we knew it was gonna be a good game. In only seven minutes Dybala found the back of the net with a beautiful pass by Cuadrado and an even better finesse shot from Dybala. Barca get a great chance in the 21st after Messi puts Iniesta through with a pinpoint pass. Iniesta shoots but Buffon has a great one handed save. Just moments after, Juventus are on the break and Mandzukic lays it off for Dybala once more who drives it into the bottom corner from right outside the box. Juventus are dominant the rest of the half and start the second off strong. Juventus manage to make it 3 with a beautiful header from Chiellini that comes right off the post. Not much more happened the rest of the game but Juventus completely shut Barcelona out. MOTM Dybala.

What a game once again in the champions league. Bayern start off strong in the 9th and get a huge chance but Robben and Thiago can’t manage to convert the cross. In the 26th Real get a huge chance when Carvajal shoots just outside the box but Neuer is there to save it. How has someone not scored yet! Just 2 minutes later Neuer deflects a cross and it falls right into the path of Ramos who shoots but Boateng clears it off the line! Half time and no goals sofar, what a game! Just a few minutes after half Robben gets the ball right in front of goal and it seems to be going in until Marcelo comes out of nowhere and clears it off the line. Bayern get a goal back through a Lewandowski penalty, the game is back on. Real Madrid pull one back through Ronaldo but concede after Sergio Ramos scores an embarrassing own goal. It’s now all tied up! Oh my Vidal is sent off in the last couple minutes in what looks like wasn’t a foul at all. This will affect Bayern badly. In extra time Ronaldo scores 2 more times and Asensio as well to make it 4-2, what a shut out. MOTM Ronaldo.

Leicester hope to accomplish their dream today and reach the Semifinals of the Champions League for the first time in Leicester history. Koke starts it off with a header in the 26th minute. This will be harder and harder for Leicester to win. Vardy manages to pull one back in the 76th but it got shut down after Leicester couldn’t score till the final Whistle went off. Koke and Co. send Atletico to the Semifinals  MOTM Koke.

Congrats Monaco, they have a really young team with stars like Mbappe, and still made it to the Semis! Game started out by a quick goal for Monaco by Mbappe in the 3rd minute and Falcao scoring to make it 2-0 (5-2). Reus scores a beauty in the top corner to get one back for the men in yellow. But it proved to be irrelevant as Germain makes it 3 for Monaco and seals their ticket to the Semis. MOTM Mbappe

3rd time in 4 years Barca has been knocked out in the quarter finals. But you can’t blame them this time, they faced the wall that is Juve’s defense. Nothing else from this game except the shock that Barca didn’t score at Camp Nou. MOTM Dybala