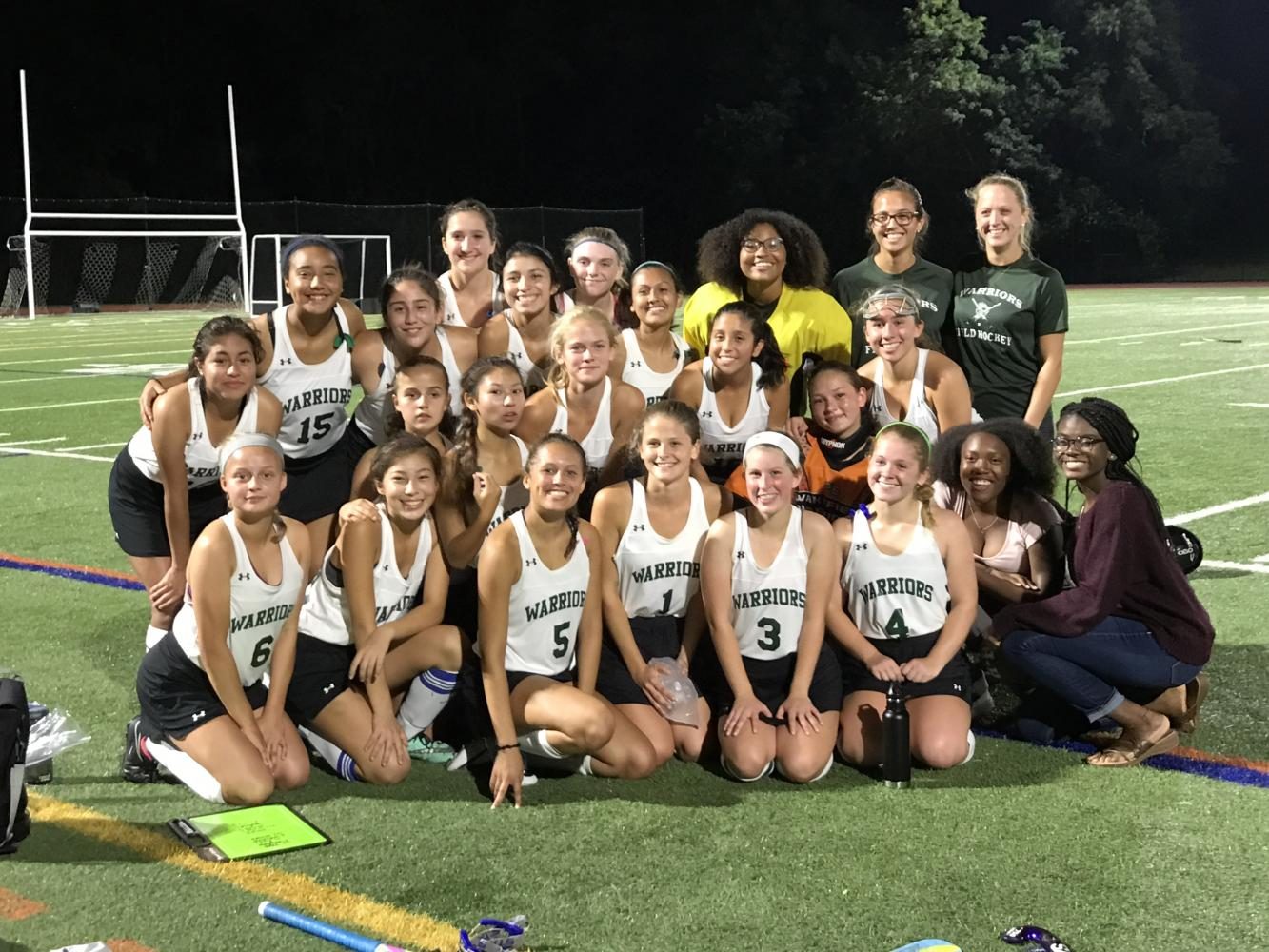 “This is the turning point” said sophomore Natalia Uro-De Leon, after coming off their big win against regional powerhouse Marshall High School. Our Varsity Field Hockey team is hot, winning their past two conference games by blowing out Stuart 6-0, and coming out on top, 3-2, in a nail-biter, against Marshall.

“Everyone was on their A game” said senior Sharon Albarado of the win.

After the success of last season (finishing with an 11-8-1 record), Varsity Field Hockey returned many of the same players from last year’s squad, and they are continuing to see positive results on the field early this season. After a bit of a shaky start, the girls have gotten back on track and are filled with pride after their latest win over Marshall. The win over Marshall was one they had to fight long and hard for, going into a fifteen minute overtime followed by a sudden death shootout to decide the game. “With Varsity games we have to have a winner. Everything is on the line” said senior Jessy Lemus. During the shootout, the girls held on to each other’s jerseys and held hands to support each other. The tension to beat Marshall was palpable. Senior Lente Huiskens added, “The pressure really came down to both goalies at the end of the game during the shootout, but we wouldn’t have made it to that point without the team’s intensity and perseverance throughout the entire game.”

When asked about what has contributed to the team’s recent success, all of the girls immediately said “family”. Many of the girls have been playing together since their freshman year, and some since 8th grade, and have grown together as players and as a team. “We’ve never been so proud to be a part of a team that has worked so hard to get to where we are now” said senior Ana Sofia Uro-De Leon. “It was really satisfying to see the progress of our team over these past 5 years.” With team unity like this, victory is assured.

“Come to the Falls Church [home game] on Tuesday at 7:30pm and watch us continue our streak “said Lemus.