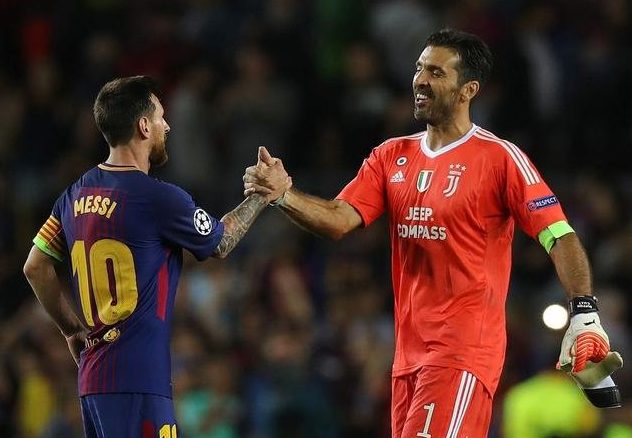 Champions League, the biggest soccer competition of the year is starting up again. Dozens of great teams like Bayern, Real Madrid, PSG, Juventus and Barcelona compete. Who will come out on top and have the composure to take the ultimate prize?

Group A is probably the easiest group out of all of them with Manchester United almost certain to secure the top spot. Benfica are destined to be close runner ups due to their young talent and their very experienced defense. Basel and CSKA have almost no odds of making it out of the group stage.

With 2 of the biggest teams in the world, Bayern and PSG, this group is destined to be a constant battle. Bayern and PSG around bound to get 1st and 2nd while Anderlecht and Celtic barely stand a chance. PSG have brought in a dou worth 400 million (Neymar and Mbappe) and have strengthened their squad immensely. Bayern have reinforced their squad aswell with the arrivals of James Rodriguez and Corentin Tolisso and both teams are a force to be reckoned with.

Another exciting group feature the EPL League Winners and the Bbva 3rd place finisher. Atletico and Chelsea are both known for their defense and both teams are very solid overall. Roma might be an underdog but their team is strong as well and they could be a threat to Chelsea and Atletico Madrid.

One of the biggest european rivalries of the last couple years Juventus and Barcelona will be fighting for the number 1 and 2 spot. They met in the champions league final in 2014 and Juventus will want redemption. Even after Neymar’s exit Barcelona still looks like a top contender as they already signed a replacement in Dembele. Olympiacos and Sporting are the underdogs in this group and are not expected to make it far in the group.

Probably the least exciting group out of them all, none of these teams are expected to go very far in this tournament. I would place Liverpool at the top as they have top players like Coutinho and Sadio Mane. Sevilla, Spartak, and Maribor will have to battle for the 2nd place to secure a spot in the round of 16.

Manchester City are looking hot in the EPL this season as well as Napoli in the Serie A. Manchester have acquired the signatures of Mendy, Kyle Walker and Bernardo Silva who have added a lot of depth to the squad. I think Man City will secure the first spot in the group with Napoli in a close second. Donetsk and Feyenoord stand almost no chance against these footballing giants.

With Monaco winning the french league last year and Leipzig being runners up in the Bundesliga this is gonna be another tough group. Monaco are known for their young team and went far in the competition last year. Leipzig were a complete surprise in the Bundesliga last year with many top teams scouting their top players such as Timo Werner and Keita. Porto have always been strong in the Champions league as well with all the teams having a lot of young talent.

Group H is looking to be one of the most difficult groups including the Champions League victors, the Bundesliga 3rd place team and the Barclays Premier League runner ups. Real Madrid are arguably the best team in the world at the moment and are almost guaranteed the 1st place in the group. Tottenham and Borussia, both teams with incredible talent will most likely be battling constantly for a place in the top 16.

Remember to tune in to Champions League group stage every Tuesday and Wednesday as the best teams in the world face each other in the Ultimate Competition!