Fall Flavors Review: We Tasted Them So You Don’t Have To 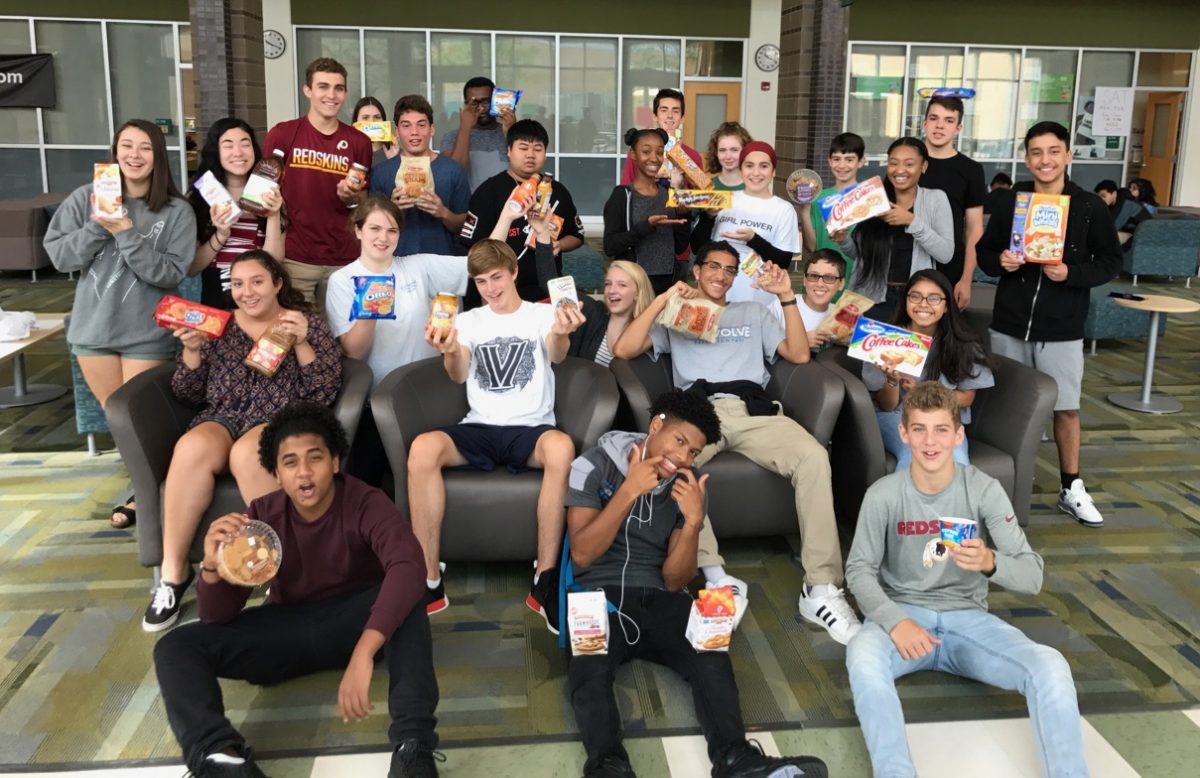 The Chieftain Staff ate a mountain of this season’s featured flavors. Some were so delicious we immediately wanted more. Some were so revolting that we looked for the nearest trash can to spit them out. Check out these flavors and see what to try and what to avoid this fall. It is finally starting to feel like fall, so let’s celebrate.

The most infamous flavor for fall is Pumpkin Spice. We tried salsa, cookies, lattes, cereal, and even more cookies…

Junior Paul Garado said, “the pumpkin spice salsa smelled like gross witch’s brew.” He was the only one brave enough to try that. Most tried the cookies and the opinions were clear. Junior Jackson Ringger said that “the pumpkin spice milano cookies were terrible; they were dry with a strong dog food flavor.”Freshman Avery O’Kane agreed as she said, “the Pumpkin Spice Milano cookies smell like cat litter, and don’t taste much better.” Junior Elena Arrowsmith said, “The Pumpkin Spice Cherrios were so delicious that I took them and ate them throughout the rest of the school day. I had to fight people for the box.” Senior Avery Moore said, “I didn’t like them. They left a taste in your mouth like you just drank coffee.”

As you can see, most people didn’t enjoy the pumpkin spice flavors.

But there are still two more fall flavors we tried out! Here’s what we had to say about all the Cinnamon flavored products.

Freshman Gabby Green said, “I tried the [Chips Ahoy] cinnamon donut cookie which was mouthwatering. The cookie was so delicious, the texture was perfect and was chewy.” Junior Hannah Foley said, “the cinnamon donut cookies were one of the only good treats I tried. It had just the right about of cinnamon! People were saying things like, “OH MY GOSH! SO GOOD!”

Sophomore Carla Barefoot said, “when I first smelled the apple coffee cake streudel, I thought it was gonna taste like an apple pie. Little did I know, it would be the saltiest thing I was going to taste in my life. Never again.” Senior Mia White went one step further as she said, “Hostess cakes worst creation has to be creating an apple streudel which gave  the original a bad name with its artificial smell and salty/sour taste. Its comparable to a ‘salty McDonald’s fry'” and not in a good way.

Overall, the feedback was good. The hands down loser was the apple flavored products. I guess nothing is better than the real thing. An apple a day keeps the Hostess Apple Streudel cake away.