Warriors Fall to Majors, Drop to 2-2 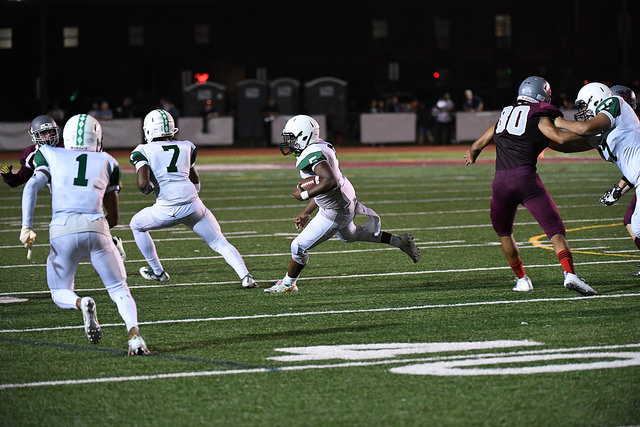 Last Friday the Wakefield Warriors traveled to Mount Vernon High School to face off against the Majors. Even though the scoreboard said otherwise, the Warriors played hard despite the recent injuries of many key players in the program.

In the first quarter, the Majors came out with a strong offense but the Warriors defense stepped up and showed what they’re made of. At the end of the first quarter Mount Vernon’s high power offense scored only seven points while Wakefield had yet to see the end zone. After a few tough penalties against the Warriors, the Majors then capitalized and scored a couple more times before the end of the half to extend the lead to 21-0. The second half was more of the same as the Warriors offense couldn’t mange to score but did come close a couple times, while the Majors scored 2 more times and finished the game winning 35-0.

The Warriors play TONIGHT! @ home against the Edison Eagles; it should be great game,. Wear green and support your Warriors! You won’t want to miss it!