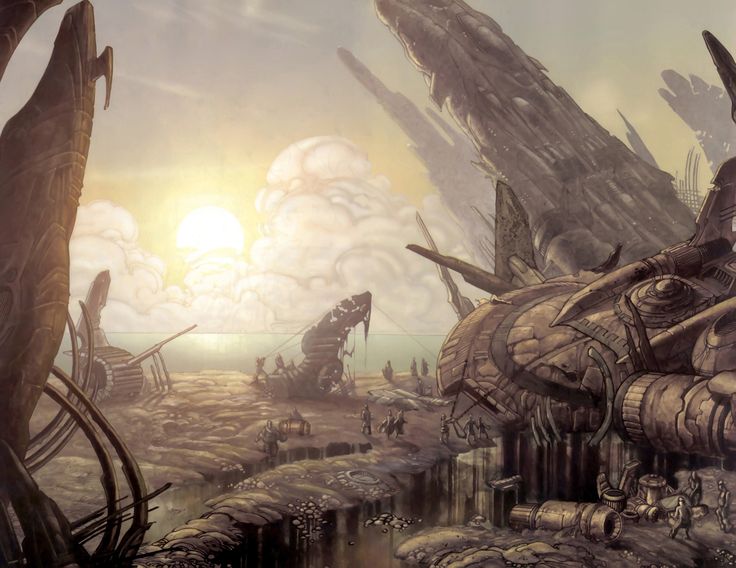 My journey started in one of the darker corners of the milky way galaxy: Pluto. Not much ever truly happens on Pluto for the most part since it became a ghost town not too long ago. It used to be quite a bustling rest stop for galactic travelers, but ever since spaceships got hyperdrives installed, and became more energy efficient, people stopped using Pluto as a refueling station.

Anyways, when I got there it wasn’t hard finding the right place with little being there to begin with. I had gone into the house hoping to find answers of what was occurring, but instead I was greeted to the foul stench of death and my Sister, waiting there.

Death was one of the eldest in our family, and probably one of the only ones I was close to in the family. I had always felt we were very similar, and she was alway so friendly, the most sociable in the family perhaps. She wore her usual black shirt, and black leather jeans. Her hair was black kept long, but I guess she decided to change things up a bit as she had a ponytail today. Her skin was like mine, pale, but I guess even Death has more life than me, as her skin had a little more color than mine. She had a lean build, which also made me feel sad sometimes, as even Death was not as deprived as me.

“Oh, how unfortunate that you would come this late, Chaos.”

“You know I hate that name, Death; it makes me sound like some sort of terrible monster. Also, why are you here, Sister?”

“This man had finally kicked the bucket after so many years of seeing nightmares, so naturally I had come to pick him up, but there is one other reason I’m m here, and it involves you older Brother.”

“And what would that be Sister?”

“I’ve heard about your little detective journey from our dear ol’ little brother, Dream, and I got interested.”

“Save the interest for something else, Sister, this is important and I have no time to play babysitter for you.”

“Would you chill Brother, no wonder the call you Chaos, I have important details about this particular task you might want to know.”

“And what would you know?”

“Okay, okay I’ll tell you. Including this fellow right here, most of the people in the map you were searching for are dead or might as well be dead.”

“That is quite peculiar, as the map shown to me were of living beings.”

“It seems that people of this particular case are somewhat unknown to even our powers, all of them didn’t even have souls for me to reap.”

“So what, the track runs stale, there is none for me to investigate at all.”

“Oh, were you not paying attention at all, Brother, I said most, not all.”

“Are you implying there is one that is not yet deceased.”

Earthlings in my experience were hard to work with. They were always emotional and selfish, they truly were one of the most terrible of the beings in the universe. Time and time again they slaughtered each other for another dumb idea, while there was a whole galaxy they could be thinking about. I dreaded the thought of having to work with one, but this was important, and my own feelings cannot get in the way.

She showed me a map of Earth “She is in a small town in Idaho, and you should hurry, who knows if she’ll meet the same fate as the others.”

“Thank you, Sister. Try not to tell the rest of the siblings about this since this will just worry them.”

“Oh you know me Brother, always the most discreet the family.”

“Funny, anyways, I have to leave.”

I could feel my presence slowly slip, as my eyes closed again.