The Scoop on Space X 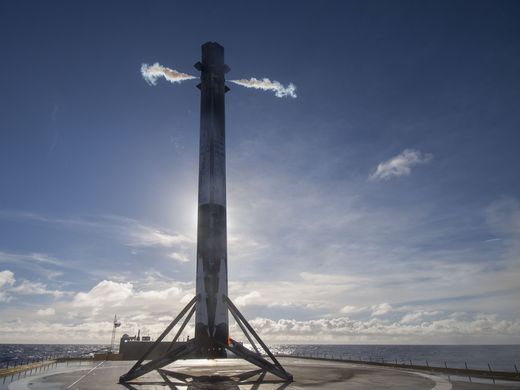 Most people have heard of Space X, but do you know what it is or what it does?

Space X is a private company owned by Elon Musk and was founded in 2002. The ideas behind Space X was to make it the first commercial space program. To make this more productive they also would need to design a fully reusable rocket that uses eco friendly lift power and could potentially fit 50 or more people plus a year’s worth of supplies for each living thing on the spaceship.

The original first design was called the Falcon 1, it was used from 2006 to 2009. It was a very good start but it was by far one of the most non eco friendly used rockets by Space X, it also was non reusable so it definitely did not meet the criteria. The second rocket the Falcon 5 was canceled and flight dates were not given to the public. The Falcon Five was a 2 stage partially reusable rocket, in other words it was a rocket with 2 parts a liftoff part that breaks off and burns up in the atmosphere leaving the the top part with the payload to reach its destination, sadly it never made it to the launch pad.

‘If one can figure out how to effectively reuse rockets just like airplanes, the cost of access to space will be reduced by as much as a factor of a hundred.  A fully reusable vehicle has never been done before. That really is the fundamental breakthrough needed to revolutionize access to space.” -Elon Musk

And that is exactly what he did on March 30th. On March 30th, Space X landed the first reusable rocket on a drone platform in the Atlantic Ocean. The second that rocket touched down, Space X made history.

But the rockets that are getting all the attention are the Falcon Heavy and the Dragon, even though they are just ideas and prototypes they are realistic and could be put into production within the next 10 to 20 years. What makes the Dragon so special is that it will be the first rocket ever to be recreational and commercial spaceship that will also be reusable!

The Falcon Heavy on the other hand is is supposedly going to be the most powerful rocket ever made not to mention it will also be reusable. The future is coming quickly! To stay informed and read more about Space X go to their website.