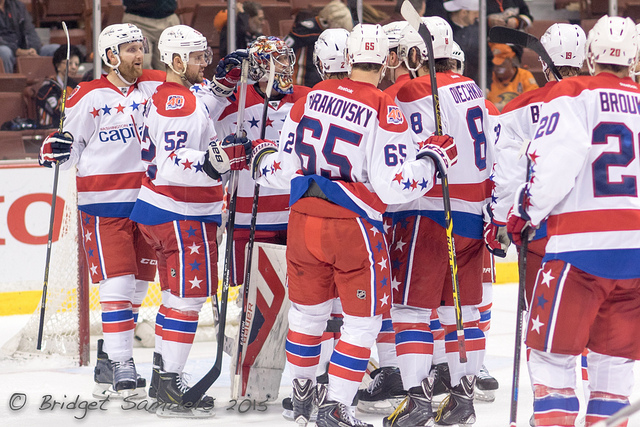 After a disappointing finish last year, losing to the Pittsburg Penguins in the Conference Semifinals in game 7, the Capitals look to have another great season. The Capitals are hoping to finally make in further into the playoffs and get the ultimate goal of winning the Stanley Cup.

The Capitals last season had the best record in the NHL as they were (55-19-8) and they were led by team captain and arguably the best player in the league, Alex Ovechkin, who had 33 goals last season and is already starting off hot this year, as he has 10 goals in the first 9 games.

The Capitals right now are dealing with some key injuries as one of their best defensemen, Matt Niskanen, is out with a upper body injury and is expected to miss 2-3 weeks and one of their top scores Andre Burakovsky will miss up to 8 weeks after getting thumb surgery.

Despite these key players missing, the Capitals are playing well right now as their record is (4-4-1) but when these players come back they have the potential to really play amazing and show what they’re made of and win the Stanley cup for the first time in franchise history.

Keep up with season’s stats here.