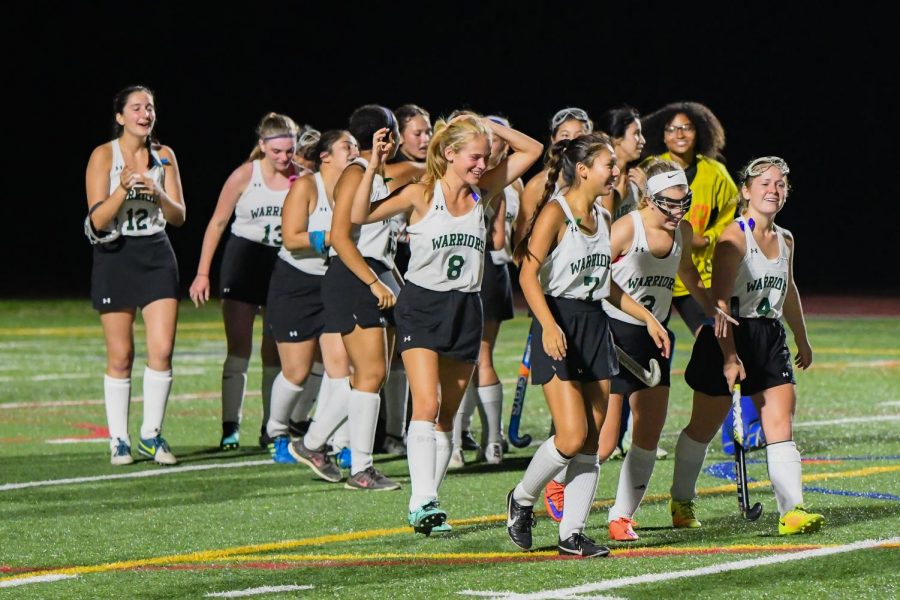 For the second year in a row, our very own Varsity Field Hockey team is heading to Regionals. Coming off an 8-4 regular season record, and a strong showing in the conference tournament, the girls look to continue to make some noise as they extend their season. The best part is they are doing on home turf. This is the first time Wakefield has seen a Regional Playoff Game for Varsity Field Hockey.

Wakefield will be hosting the team’s regional game on Monday night at 7pm. Seniors Ana Sophia Uro-De Leon and Jessy Lemus from the team stopped in to give The Chieftain their thoughts before one of the biggest games in VFH.

Looking back on her whole high school career, Lemus expressed great excitement for next week’s game. She said, “It feels so amazing! It’s awesome because I remember my 8th grade year, we used to lose every game, and we weren’t used to being in the playoffs in general. To host Regionals is amazing.”

Both players expressed a desire to see fans fill the stands on Monday. “It’s a lot of fun to kind of figure out how the game goes to begin with. Some games we’ve had football players come which is really nice since they’re really loud and they pump us up.” said Lemus.

Uro-De Leon added a message to any girls interested in playing on the team next year; she said, “…I think you should, it’s a really great team and a really great sport to play, to both develop your skills as a person and as a team player. I think that’s beneficial for your high school career.” Of course, come out to the game as well.

This team is also the first field hockey team to head to back-to-back regional tournaments. Lemus attributes their consistent success to the team’s chemistry, explaining “playing with each other for a really long time has helped; just knowing each other’s strengths and weaknesses has helped a lot.”

Don’t miss your chance to witness history this Monday at 7pm, tickets are six dollars at the gate!