When Will it End? Why Gun Control is Necessary to Protect the American People 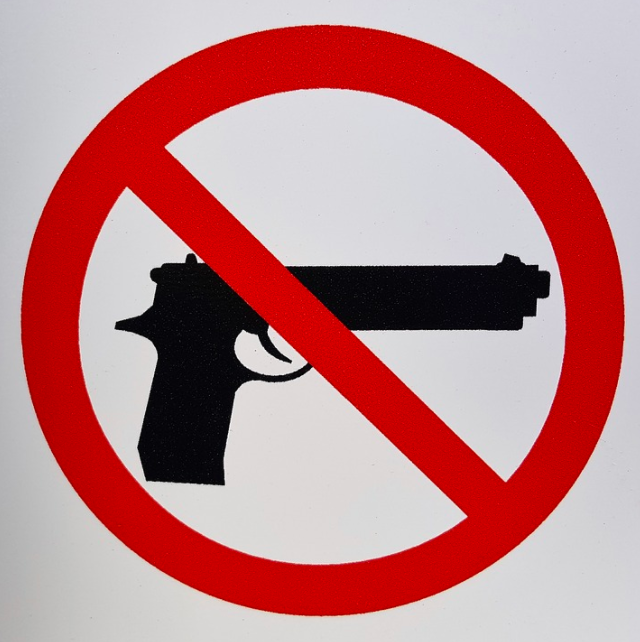 The recent surge of mass shootings in this past year, 273 by the beginning of October, headlined by the deadliest mass shooting in American history in Las Vegas, including the horrific shooting at a church in Texas, has caused lawmakers to consider increasing gun regulations. There are countless arguments both for and against gun control, and all have resurfaced during these recent weeks of tragedy.

However, it’s not enough to just ban bump stocks, Congress has to crack down on the use of automatic weapons. A common argument used to defend the right to own guns is that they are used for hunting. This does not apply to the use of automatic weapons, because it is not necessary to use an automatic gun to shoot down a defenseless animal from 100 feet. In that case, a common hunting rifle will suffice. Many use the Second Amendment to defend their right to own any type of gun, and provide no further justification. However, it requires more proof than simply citing a 200 year-old document to justify owning a weapon of lethal capabilities. For those who enjoy using an automatic weapon for target practice, that’s fine, just leave it at the shooting range.

In order to avoid answering questions about mass shootings and why there aren’t more gun control laws, politicians often place the blame on mental health illnesses. In 2015, (not yet) President Donald Trump said, “well, the gun laws have nothing to do with this. This isn’t guns. This is about mental illness. You’re always going to have difficulties, no matter how tight you run it.” Later, in regard to the recent shooting in a Texas church, (now) President Trump said, “Mental health is your problem here. This isn’t a guns situation, this is a mental health problem at the highest level. It’s a very, very sad event.” However, Trump rescinded a bill passed by Barack Obama that prevented people with mental illnesses from buying guns.

Another frequently used excuse to avoid talking about gun control in the wake of a mass shooting is that people should be mourning the deaths, not discussing politics. But if a mass shooting isn’t what gets you thinking about gun control, what does? After the shooting in Las Vegas, Paul Ryan said, “The whole country stands united in our shock, in our condolences and in our prayers.” He carefully avoided saying that stricter regulations should be passed, and Senator Elizabeth Warren called him out on that. She said in response to his reaction, “Thoughts and prayers are not enough. Not when more moms and dads will bury kids this week, and more sons and daughters will grow up without parents.”

Another common claim by many is that the more people you have carrying guns, the faster they can act if someone is attacking others, and the better they can protect themselves; making the public safer overall. However, if lawmakers were to make guns less accessible to the general public, situations where someone with a gun is harming others would most likely occur much less frequently. In fact, according to research done by the Bureau of Justice on firearm violence in 2011, “of the 29,618,300 violent crimes committed between 2007 and 2011, 0.79% of victims (235,700) protected themselves with a threat of use or use of a firearm, the least-employed protective behavior.” After being asked his opinion on more thorough background checks when purchasing guns, President Trump said, “You might not have had that very brave person who happened to have a gun or a rifle in his truck go out and shoot him and hit him and neutralize him. I can only say this: If he didn’t have a gun, instead of having 26 dead, you would have had hundreds more dead.”

Either way, many politicians unfortunately feel extremely discouraged to change their stance on gun control due to their endorsement by the National Rifle Association, or the NRA. The NRA is one of the nation’s most powerful lobbyist organizations, and is one of the most significant political donors. In exchange for their support on gun rights and minimal gun control, the NRA donates extremely generous amounts of money to these politicians’ campaigns. The NRA very carefully instructs their supporters which way to vote on certain issues, and ensures that they actively communicate with members of Congress to influence them in which way to vote. Some of the most influential members of our government, such as President Donald Trump, Senator John McCain, and Senator Marco Rubio all receive endorsements from the NRA.

Lawmakers have been saying that something must be done about gun control, but how many more mass shootings will it take for them to act on it?