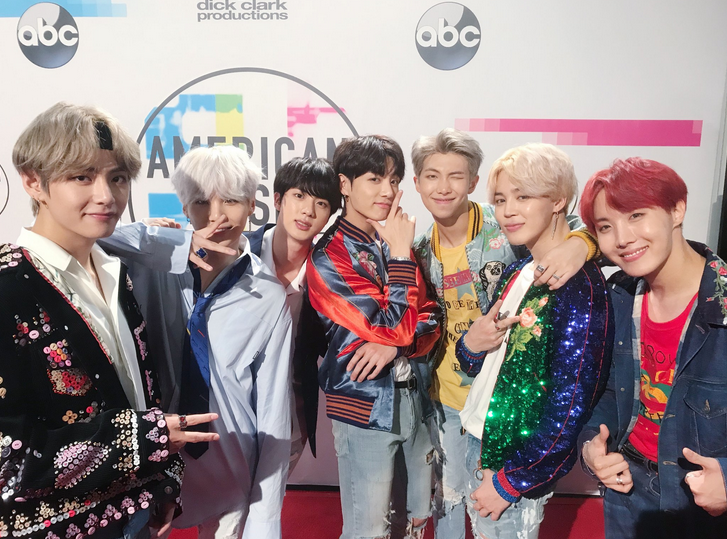 BTS (Bangtan Boys), a Korean pop group, just received the biggest welcoming at the American Music Awards as they made their first American television performance with their new hit DNA. The BTS ARMY (fans) was ready for the show. What wasn’t expected was the reaction of all the celebrities in the AMA audience.

After the announcement that BTS would officially perform at the AMAs, the ARMY went insane and started trending #BTSxAMAS on Twitter thanking @AMAS for giving the Korean group a chance to spread their music internationally by performing live.

But, as you might have guessed, many of the celebrities attending the AMAs happen to be new fans excited to see the bomb performance. Ansel Elgort (@AnselElgort), Jared Leto (@JaredLeto), and The Chainsmokers (@thechainsmokers) were some people that turned to Twitter to post about their love for BTSs performance.

View the slide show of all the BTS love!