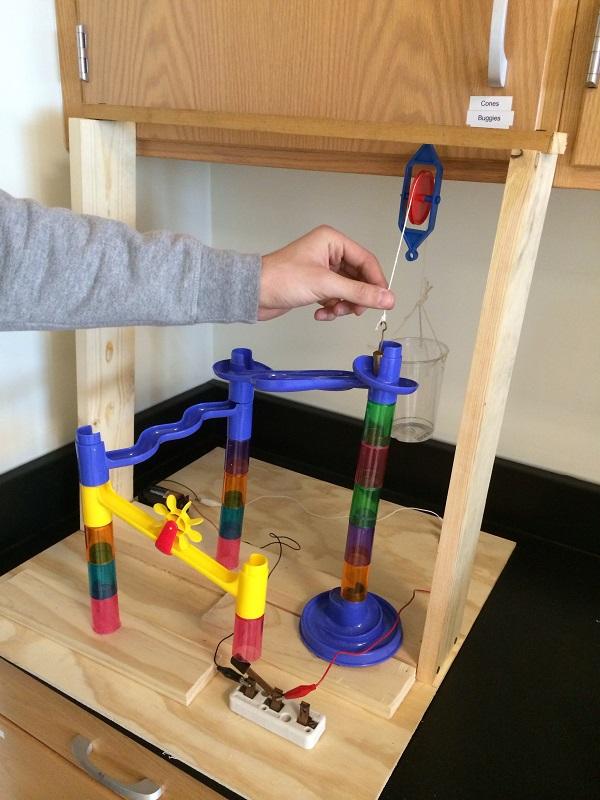 Look what you can build with science!

30 students. Two teams. Tons of events in Chemistry, Physics, Anatomy, Biology,and the Environment. This is Science Olympiad. Offered as an alternate to science fair, Science Olympiad is a statewide science competition between high school students. Hosted in Vienna, teams from all around Virginia compete in everything from being “Disease Detectives” to building Rube Goldberg machines in order to turn on a light. Science Olympiad challenges students and makes them think in ways they never have before.

This year, Science Olympiad was held in Vienna. On March 1st, Wakefield competed with schools who have entire classes dedicated to this competition. What did that mean for us? It meant we didn’t aim for first place, when competing against schools such as Thomas Jefferson High and other science-focused schools. We aimed to compete our hardest and have a great experience not only through science, but with our peers. The general set up is easy, teams of 15 are split into groups who work on testing of building events; those in testing events study a subject for weeks then take a test that will be scored against other competitors. Building events, however, are a little different. Groups of 2-6 build a device that will then be tested at the competition (much like Odyssey of the Mind, for anyone familiar). Judges, who look at every detail, then score this device; all student made, this can take weeks to create.

Last year, only a few students participated in Science Olympiad. Not having many people, everyone competed in every event; some even took tests on things they had absolutely zero knowledge of! This year, things were a little different. As students walked by “B” hallway, they could see Olympiad competitors building hover trains and lever machines during Warriors’ Period and lunch in Dr. Megargee’s room.  “It’s a lot of fun,” laughed Dr. Megargee who is the sponsor for Wakefield’s team, “the leadership is extremely valuable.” Each group has an event leader who is in charge of organizing meetings, working with Dr. Megargee to get materials, and ultimately competing with one other person. He added on that when you compare Science Fair and Science Olympiad, science fair is great for students who really commit themselves, however Science Olympiad is an even better “experience to make them look INTO science.”

Interested in competing in the Science Olympiad next year? Stop by Dr. Megargee’s room to become part of this fantastic experience!