Great Animes to Watch If You’re New to Anime 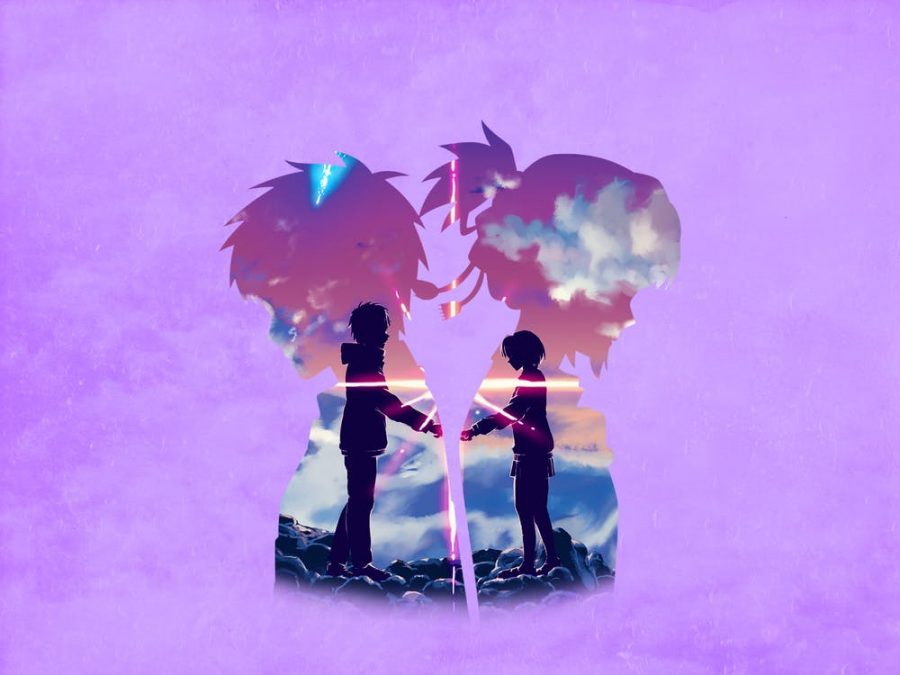 A shot from the Your Name anime.

Today, the anime industry is booming in the U.S, with so many people watching the season’s newest releases on their devices. With so many people currently watching anime being already acquainted with anime, where does a newcomer start?

Based off a visual novel, Steins;Gate is the story of Okabe Rintarou, a self proclaimed mad scientist, who, with the helps with his other friends, Mayuri Shiina and Hashida Itaru, starts making what they call “future gadgets”, most of which do nothing. After no real invention is made, they come across their most promising one, the “phone microwave”. Though, originally, it doesn’t do much other than turn bananas into green goo, it is soon found out that the phone microwave can do much more. After, some time, and a few unexpected surprises, it is found out that the phone microwave can transport emails through time!

If you like super nerdy science, and an amazing story, then Steins;Gate is the anime for you.

This movie was the anime sensation of 2016, that quickly boosted Director Makoto Shinkai, onto a level with Hayao Miyazaki, Co-Founder of Studio Ghibli.

Your Name is the story of Mistuha Miyamizu a girl from a rural village, and Taki Tachibana a city kid from Tokyo, who dream that they are in each others body one day. The next day, Mitsuha goes through the day with everyone telling her, that on the previous day, she was acting unlike herself. Similarly, everyone tells Taki was acting strange the day before. After realizing that they had truly switched bodies, they set rules for each other, in order for both of them to keep their normal lives.

Your Name is truly an experience to watch, and good anime to get into if you’re just starting out.

Get the tissues ready, because this movie is full of emotional drama.

Based off a manga with the same name, the story starts with main character Shouya Ishida, who plans to end his life after traumatic events from the past. After a flashback to his childhood, it is revealed that to fight boredom, Ishida had bullied a deaf girl named Shouko Nishimiya, harshly, which eventually led to his ostracization from all of his classmates. While trying to make amends for what he did, he meets Shouko again, starting the feels train.

A definite tear jerking anime with many touching scenes that make it worth the watch.

The Melancholy of Haruhi Suzumiya

The story follows the main character named known only by his nickname, Kyon. He is a typical high school boy, up until he meets the strange, supernatural loving girl, Haruhi Suzumiya. When Kyon has a few conversations with Haruhi, he inspires her to make her own club, The SOS Brigade, which Haruhi ropes him into.

This anime is super fun, but do know there are two ways to watch this anime, broadcast order, or watch it in chronological order.

Ever wonder what Sky High could look like as an anime, then this anime is somehow tailored to your very specific tastes.

Boku no Hero Academia follows the structure of classic superhero storylines, with the main character Izuku Midoriya. Izuku is quirkless, meaning he has no special power, which is an extreme rarity in the world. This makes him extremely sad, as after he saw the hero, All Might, he wanted to be just like him. Still in love with superheroes, he takes notes of many superheroes, but knows he can never be one. This all changes one eventful day, when fate leads him to meet the superhero, and idol, All Might.

Attack on Titan was one of the explosive animes that blew up everywhere, taking the world by storm.

The story starts with the child, Eren Jaeger, and his easy going life in the walls. The walls are huge structures created to protect humanity from the large titans that lurk outside. Though the day starts out normal, things go out of the ordinary, when a new kind of titan, the Colossal Titan, attacks a wall, piercing the wall, letting titans wreak havoc onto the city within. During the ensuing chaos, a titan attacks and eats Eren’s mom as he is pulled away. This event ignites a fire in his heart, which causes him to devote his life to titan killing.

Attack on Titan is known for its gore and death that happens a lot in the show, so it isn’t for the faint of heart, but if you do like that kind of stuff, it’s the anime for you.

For some reason, anime has always been seen as weird Japanese cartoons, that only weird people enjoy, but in reality, they can be just as good as any Tv show you watch here. There are many anime streaming services on the internet like Crunchyroll that are just a click away, so what are you waiting for? Go out and experience this new world.