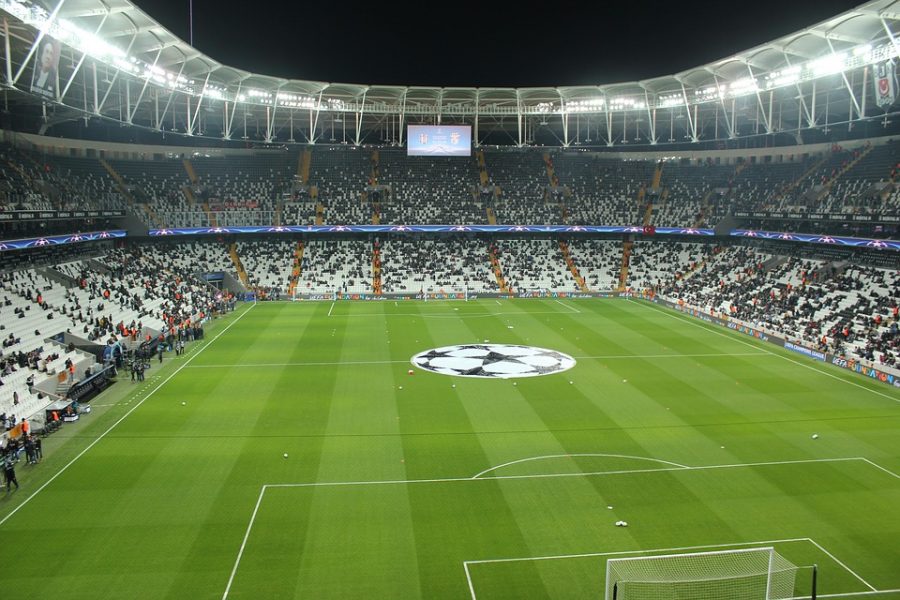 Champions League is back after almost 2 months of rest! Only the best teams are left at this stage and the matchups we have this year are beyond exciting!

The game starts with a bang inside of 2 minutes Higuain puts a brilliant volley past Lorris. This is not a good start for Tottenham. Only 6 minutes later a penalty is called after Bernardeschi is fouled by Tottenham’s Davies inside the 18 yard box. Lloris gets a hand on it but the power is to much, 2-0 for Juventus. Juventus seem to fall back after the goal and Tottenham go on the offensive. Tottenham are dominating the ball and getting more and more chances. Kane manages to slip one past the Juventus defense just 10 minutes before the half, comeback? Tottenham with some more sloppy defending as Aurier brings Costa down in the box. Another penalty but this time not as expected for Higuain as he hits the crossbar. The score stands at 2-1. Tottenham continue the pressure all the way up until the 71st minute when Eriksen slots a beautiful free kick under the wall. The score ends 2-2 with a great performance from both teams. MOTM Eriksen.

This game was never a question for Manchester City. They have been arguably the most dominant team in Europe this season. City get 3 goals in a matter of 9 minutes. De Bruyne in the 14th, Bernardo Silva in the 18th and Agero in the 23rd. The second half is not as eventful as Manchester City only put 1 more past Fc Basel, Gundogan with a beatiful curling shot outside of the box to put the icing on the cake. MOTM Gundogan.

The Liverpool offense is just too good for the vulnerable Porto defense. Just 26 minutes into the action Liverpool make it 1-0 through Mane with a deflection that managed to roll into the back of the net. Just 3 minutes later the lead is doubled as Salah puts a deflection over the line. Porto are falling behind and the goals keep flowing. Mane again in the 53rd, Firmino in the 69th, and Mane wraps it up with the hat trick in the 85th. Porto have been outplayed in every way with the Salah, Firmino, Mane trio not giving them a minute off. MOTM Mane.

The most anticipated game of this week’s Champions League fixtures, PSG vs Real Madrid arguably the 2 top teams in Europe at this point in time. The stadium is tense as both teams fight for possession. PSG manage to put one past Sergio Ramos and co. just inside the 33rd with a nice strike from Rabiot after some beautiful team play. PSG continue to dominate the game throughout. Ronaldo scores a penalty right before the half to tie the game up. Although PSG seem confident Real Madrid manage to take the lead and score another all in the matter of 4 minutes. Ronaldo get a tap in with his knee in the 83rd and Marcelo puts in a wonderful volley in the 87th minute. The world looks a lot harder for PSG as they will have to put 2 past Real Madrid in the next tie to advance. MOTM Ronaldo.

A blowout game for Bayern at the Allianz Arena. Horrible start for Besiktas with a red card in the 16th for Vida after he gave Lewandowski a nasty tackle from behind. The free kick goes just wide but Besiktas will have to play with 10 men. Bayern strike again in the 43rd with a great run from Coman who squares it to Muller who simply taps into the net. A blow for Bayern in the 44th with James Rodriguez coming off after a minor injury. Bayern don’t stop the pressure with a goal in the 52nd through Coman, 66th Muller, and Lewandowski with a double in the 79th and 88th. 5-0 for Bayern as they blow it out of the park! MOTM Lewandowski.

2 experienced teams who have had some rather infamous matches in the Champions League. Chelsea seem to dominate the game with Willian hitting the post twice with beautiful shots both outside the box in the 33rd and 44th. How unlucky for Chelsea who deserve a 2-0 lead by now. Willian finally gets the goal he deserves with a great driven shot into the bottom right outside the box. Very deserved and Chelsea manage to take the lead in the 62nd. The lead isn’t held for too long as a failed pass is turned into a goal with a cutback by Iniesta straight into the path of Lionel Messi. 75th minute 1-1 and the score is even. MOTM Willian.

Quite boring game although Sevilla managed to get some great chances. The game was held together by David De Gea who did a great job at keeping the Sevilla attack at bay.

Under the youngster puts one on the scoresheet for Roma in the 41st right before the end of the first half. Quite a boring first and second half although Shakhtar manage to bring the game back into their hands with goals from Ferreyra and Fred in the 52nd and 71st.