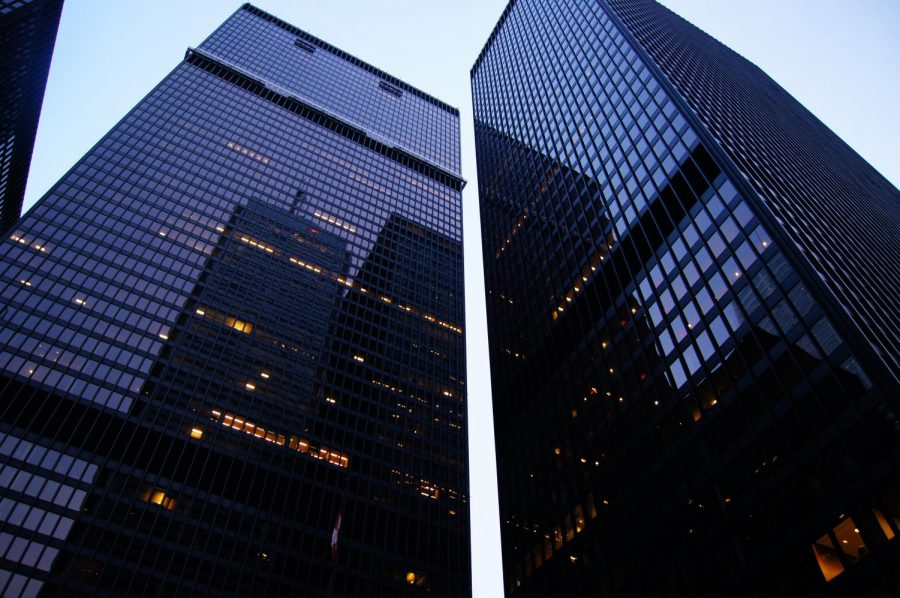 They had tried to charge me, but their attempts hadn’t really worked as they barely moved me. I threw one punch, launching the two men back in their van. Their backs slammed into the metal which effectively knocked both out. I walked over to the van and peered in through the windows. No driver and the door was wide open. I glanced over to the street, where a man was running away. I opened one of the van doors and grabbed a can of soda from a six-pack sitting on the seat. I threw it as hard as I could down the street, hitting the man in the leg, sending him tumbling down into the pavement. When I finally reached him he was scared out of his wits, and answered all my questions.

I checked my map again; the man had specified this was the place everyone was getting sent to. It looked normal enough, a standard office building with nothing no unusual features to note. I stealthily ran into the back of the building and tried to look for an opening into the building.

From the back, the building looked drastically different. The security had been upped to a level that was far beyond just a regular office building. Cameras mounted, reinforced doors, keypads, and guards stationed around the vicinity. The sun was still up, if I were to successfully infiltrate the building I would have to wait for night, when the guards would be tired and their visibility would be lowered.

After sundown, I returned to the back of the building. About half the guards had now fallen asleep while the the others were either drinking or doing something else to pass the time. I snuck around the trucks parked near the building to where a guard was sleeping while leaning by a door into the facility. With the utmost precision, I slipped my hands into the pockets of the unconscious guard, in hopes of finding some sort of keycard. After a lighter and a pack of cigarettes, I found a keycard and entered the building.

The inside looked like one of those stereotypical secret labs in movies. White walls and fluorescent lights lines the halls, nothing to indicate a real path or location. I walked down a random hallway which eventually led to another corridor with cells similar to ones I was held in. I peered inside some, with creatures so deformed and misshapen, I could barely tell what they once were. I heard people approaching and quickly bolted down the end of the corridor to hide.

I could barely hear what they were saying, but I did catch a few words of that they were headed towards Jax. As they left down another corridor, I followed from a distance, making sure that I didn’t get too lost in the maze of a building. I walked into a room which was strangely empty after I was certain they had passed right through this room. I tried opening a door, but it was tightly shut with no notion of opening any time soon. My hand was on another door, when I heard an intercom in the room go on, followed by a t.v. screen in the corner to light up. On the screen, was Jax, with his usual smug face.

“Ah so obvious, running to your doom just at the mention of me. You seem to look a lot healthier, that’s good, now you can help me in my testing” he said.

A large door at the other end of the room opened, revealing a monster of a man on the other side. He was at least twice my size, and he had many deformities around his body. The moment his eyes met mine, he charged mindlessly at me. I dodged, just narrowly avoiding him as he slammed into the wall. He quickly turned around and punched me, sending my body crashing through a door. My armor had taken incredible damage, and I felt some of my ribs crack. I started vomiting up blood on the floor. I could see that monstrosity walking towards me. I realized I could never fight him on a one on one confrontation, so I limped away holding my innards as I made my escape.