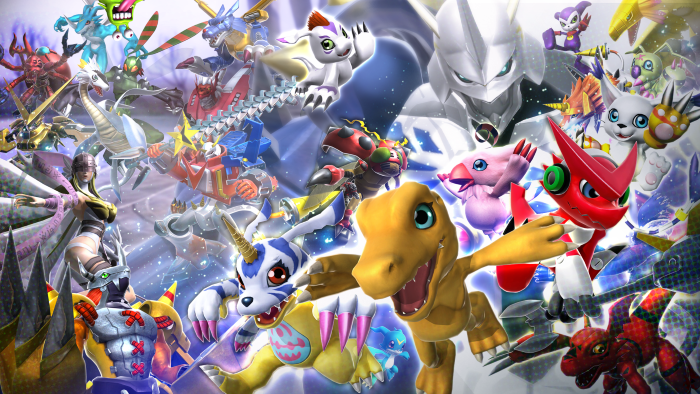 On May 5, 2018, the final installment of the six part series, Digimon Adventure tri. came out. While each part is accessible on sites such as Crunchyroll, for a full North American release, you’ll have to wait till September 20th. Now, I know a lot of you out there have no idea what Digimon is, or think Digimon is some rip-off of Pokemon.

I’m here to tell you that you’re wrong.

Digimon is completely different from Pokemon, and it is an important part of my childhood.

In 1997, a version of the Tamagotchi came out called, Digimon. The Tamagotchi was a handheld virtual game in an egg shaped device. Despite having a fanbase of both genders, it was seen as more girly. Digimon, or Digital Monster, was a version of this aimed towards boys, as this version had the feature of battling when connecting two Digimon devices. The concept quickly evolved out of just being a toy, and in March 7, 1997, the first season of a Digimon series aired, Digimon Adventure.

Digimon Adventure starts off with 7 kids who all go to summer camp. Strange devices fall from the sky and they get transported to the strange land of the Digital World. They soon meet their Digital partners, Digital monsters created for each and every one of them. While the kids have no idea why they were put into the Digital World, they were actually chosen to be DigiDestined; kids chosen to save the Digital World from the evil forces that threaten it. The show follows each character as they survive this new world and find their way home, all the while encountering many dangerous Digimon who seek to stop them. In order to really understand what I’m talking about, you’re gonna have to watch the show.

If you have never heard of this show, or ever wondered why Digimon never reached the same fame that Pokemon has, there is a reason why, and it’s not because Digimon was a bad show. It was primarily because of the way networking is, and how kids watch television. In the age of Netflix and Youtube, watching shows has become extremely easy and fast. It wasn’t always like that. Back in the day, if you wanted to watch a show, you had to know what channel it aired on, and when it aired. This system was the downfall of Digimon, as many kids were tuning to Pokemon, which had aired on more popular channels.

I recommend you start off with the original Digimon Adventure tri. is a direct sequel to the original two seasons. So, if you start there, a lot of the meaning of the show would be lost to you. I also recommend continuing on to watching Digimon Frontier and Digimon Tamers, shows that are pretty different from the original Digimon Adventure but are still really good. Recently, Digimon has been in somewhat of a renaissance, with Digimon reinventing itself with games and more anime coming soon, so joining into the community now would be a great idea.

Thankfully, binging all this will be pretty easy, since all these shows can be found on such websites like Crunchyroll, where its just waiting there for you to enjoy.

So what are you waiting for? Go and watch!