Revisit: The Albums that Made the 80s 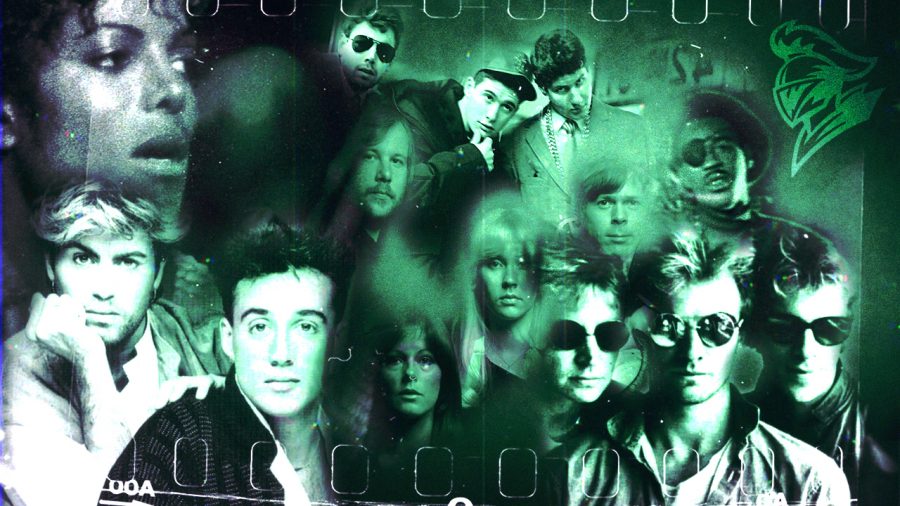 In the 1980s, many genres of music rose to the scene that were not necessarily prominent beforehand but still became a hit. Now, in 2018, they are still culturally significant. Generation X is sure to remember some of these music albums. This selection is provided so that you can experience the life of the 80s through the music that made it one of the most well-known decades in recent history.

ABBA’s seventh studio album may not have stricken you as being a worthy candidate for being the best album of 1980, but its significant success in Europe simply cannot be ignored. It peaked at #1 on the UK, West German, and Swedish charts and still managed to reach #17 on the Billboard 200. The album featured many songs that were later on ABBA’s ‘Gold’ album, which was one of the best-selling albums in the world, selling 30 million copies.

While “Ghost in the Machine” is the fourth album of “The Police”, it still did phenomenally well on the charts and only skyrocketed the popularity of the English-rock group even further. The album reached #1 on the UK Charts, #2 on the Billboard 200, went Platinum in Canada and went Platinum three times in the United States.

This album single-handedly propelled Michael Jackson’s career from the ‘Jackson 5’ to a full-blown multi-hit solo artist. While it is Jackson’s sixth album in his career, it sold more than 66 Million copies worldwide, it stayed at #1 on the Billboard 200 for 37 weeks straight and stayed in the top 10 of the list for 80 consecutive weeks. The album was the first to have 7 singles in the Billboard Hot 100, and the video-cassette documentary sold over 300,000 copies. It is also the World’s Best Selling Album.

A steer away from Def Leppard’s original style of heavy metal, the ‘Pyromania’ album was heavily influenced by Pop music while still providing Hard Rock fans with familiar sounds, and as a result, had large mainstream successes. The album reached #2 on the Billboard 200, #4 on the RPM100 and finally had 2 singles that went #1 on the ‘Mainstream Rock’ chart.

The sophomore album of English-pop group ‘Wham!’ broke ground as one of the group’s greatest successes, with the album becoming #1 on the Billboard 200, the UK, Austrailian, Swiss, Dutch and Italian music charts. However, it doesn’t end there. The album went Platinum 6 times in the US and Canada, while also going Platinum 4 times in the UK. It is also important to note that the world tour associated with the album “The Big Tour”, made history when Wham! became the first western pop group to perform in communist China.

While the “Licensed to Ill” album did not reach worldwide success, it’s domestic success and impact is worth noting for the ’86 year. The album was the first Rap/Hip-Hop LP to ever top the Billboard chart and was certified Diamond by the RIAA 29 years later in 2015. The cover art later inspired the art of the 2018 Eminem album “Kamikaze” and provided top-hit singles such as “[You Gotta] Fight For Your Right (To Party)” and “Paul Revere” which was developed because of an encounter and collaboration with ‘Run’ from hip-hop group ‘RUN-D.M.C.’

‘Appetite for Destruction’ was initially released in 1987, but reached massive mainstream success one year later when the band started performing and received radio play. Still, this does not disqualify the album from being on this list, as it still became a massive hit within the same time period. Three singles from the album; “Welcome to the Jungle”, “Paradise City” and “Sweet Child o’ Mine” only helped propel the group into more mainstream popularity. In 2008, 31 years after its initial release, the album was certified Platinum 18 times. According to The New Yorker, the album has sold over 30 million copies.

Slick Rick is known as a Hip-Hop legend to many and this album is well-supporting of that title. The Children’s Story single is one of the most musically sampled tracks of all time – having being sampled by Dr. Dre, Eminem, Coolio, MC Ren and both Raekwon and U-God of the Wu-Tang Clan. The album peaked at #1 on the Billboard Hip-Hop chart that year and has been cited by hip-hop artist Nas as being: “…a musical storybook. It’s from a New Yorker with an English accent with an imagination that’s never been heard of before in music. He’s just amazing.”

Last but not least, Tom Petty’s debut album. The album went Platinum 5 times in the US and 6 times in Canada, it peaked at #3 on the Billboard 200 chart and featured hit singles such as ‘Free Fallin’ and ‘I Won’t Back Down’. The music critic site AllMusic.com has said that the album in its entirety “…didn’t have a weak track”.

This was one of the most musically innovative decades in history, and we will see if the 2010s can live up to the standard that these albums set.