MLB Postseason Playoffs: The Best Rivalries in All of Sports 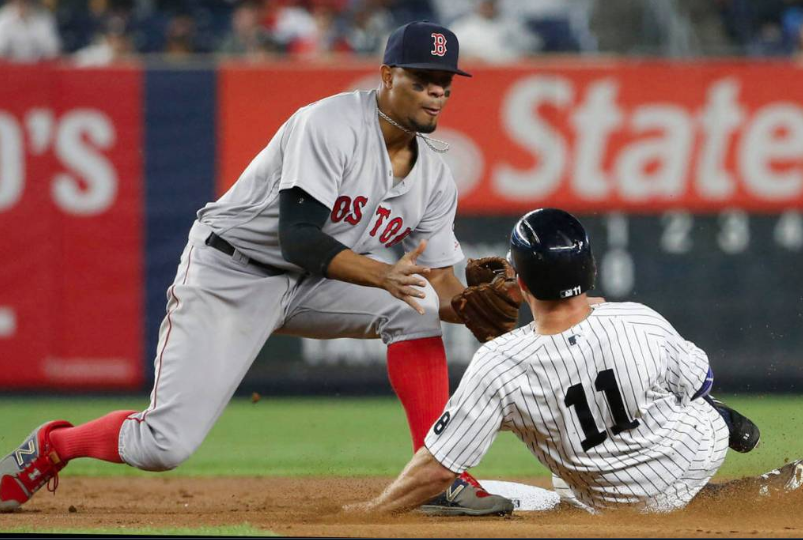 Major League Baseball season ended on Sunday. Post season started the second the regular season ended. Well except for every team but the Chicago Cubs, Milwaukee Brewers, Colorado Rockies and Los Angeles Dodgers. These four teams needed a 163rd game because they were tied for first in their divisions. Eight teams now compete for the World Series Trophy. This could get scary and drag out until October 31st, depending on how the playoffs match up.

The Cubs fell short of the Brewers on Monday 3-1, while the Dodgers defeated the Rockies  5-1. The losers (Cubs and Rockies) were forced to play each other the next night in the National League (NL) Wildcard.  This was a long game. The Rockies getting a run early in the first inning, but then it became a pitcher’s duel, nobody scoring until the Cubs scored in the eighth inning, tying the game. The game lasted just short of five hours, and ended 2-1, Rockies.

The American League (AL) Wildcard game was last night. The New York Yankees took on the underdog Oakland Athletics, but managed to step up to the challenge. They took an early lead thanks to a two-run home run from Aaron Judge, then scored  four in the 6th, while Giancarlo Stanton went deep hitting a solo home run in the 8th. The Athletics managed to get two runs on the board thanks to a two-run home run from Khris Davis, who lead the MLB with 48 homeruns this season. The Yankees cruised to a 7-2 victory, winning the wild card slot.

Today starts the best out of 5 Division series. The Rockies visit the Brewers @ 5:07 on Fox Sports 1. The Atlanta Braves visit the Dodgers @ 8:37  on MLB Network.

On Friday, the Cleveland Indians go to Houston to take on the Astros @2:05 on TBS. The Red Hot Boston Red Sox will start their playoffs against the Yankees in the best rivalry in all of sports @ 7:32 on TBS. It has been 14 years since they have seen each other in the post season! The Rockies and Brewers continue their series @ 4:15 and the Braves and Dodgers play @ 9:37, both on TBS.

Sunday is the opposite, as the Brewers play the Rockies in Colorado @ 4:37 on MLB Network and Dodgers going coast to coast to play Atlanta @ 8:07.  These could possibly be elimination games for any team.

No times have been released for any games after this day.

Go to MLB.com for schedules as they update.

Get ready for some high intensity drama, Baseball fans.