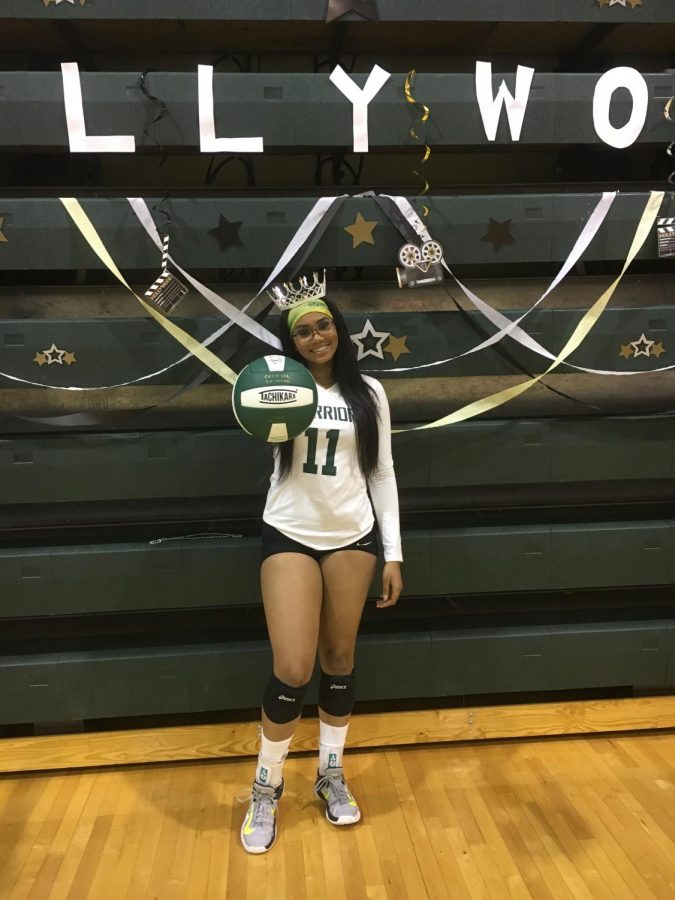 Lauren at Senior Night for Volleyball.

Lauryn Freeman isn’t just a student at Wakefield High School, she’s a student athlete. The life of a high school student is stressful enough with all the classwork, homework, and studying for tests. When you add sports to your schedule, the stress can be more than doubled.

Lauryn has been playing Volleyball since her junior year, and she’s been playing basketball for pretty much her entire life. A lot of people think that a student athlete gets everything handed to them, but the truth is that student athletes are expected to do more. They have to show up to every practice, every game, do homework, listen to the people around them talk about their performance, and represent their school even when they aren’t at school.

Time management is a huge hurdle to overcome in a student athlete’s life. Finding a balance between school and sports is a big deal. When asked about time management, Lauryn said, “I utilize math lab, science lab, and any other after school study labs. Teachers help when I need help. They encourage me to keep working even when times get tough.”

Lauryn’s  Volleyball season was full of ups and downs. They lost the first game, tied the second, then won the third and final game, giving the team strong hopes for the rest of the season. After their win against Trinity Christian in the tournament, the girls were faced with many hard fought losses and a few ties that could have gone either way.

Lauryn’s team was in a slump until finally they pulled it all together and used the skills they knew they had and beat Robert E. Lee High School 3-o in a tough conference match up. The following game they took on the Edison Eagles and were not victorious, but they did not hang their heads. They bounced right back and got the win they needed over Thomas Jefferson and were in a good playoff spot.

The girls faced Edison in the first round of the playoffs, the game went back and forth but unfortunately the match up ended in a loss for Wakefield and an end to their playoff run.

Lauryn and her team ended Volleyball season 3-19-1; it was a tough season. When asked about the season Lauryn said, “I really enjoyed being with my team and sharing so many memories with them.”

Lauryn is gearing up for Basketball season. As a senior, this is her time to be the queen of the court. Watch her play. Schedule is here. First game is November 14th at home vs. Annandale at 7pm.