A Black Woman’s Struggle to Be Heard 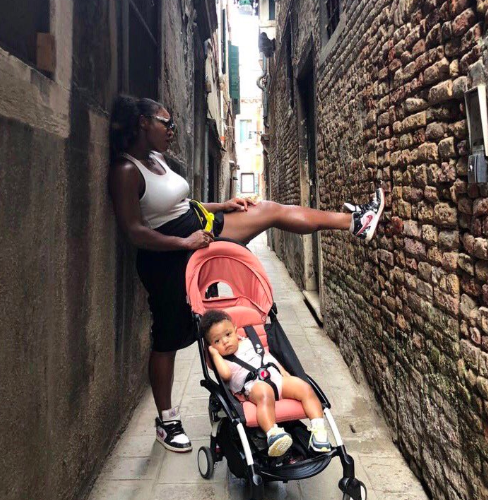 “I am a person who believes in asking questions, in not conforming for the sake of conforming. I am deeply dissatisfied – about so many things, about injustice, about the way the world works.” When Chimamanda Ngozi Adichie said this, she was talking about the lack of black representation in books, and it makes sense. The black woman is never the one being saved in the story. Never thought of first, even when we raise our voices, so it’s time to get louder!

Black women in America are being overlooked when is comes to serious medical conditions. Their pain is being taken as being dramatic because of the stereotype that black people are loud, because of the stereotype that black women are angry.  According to cnn.com, “black women…are about three to four times more likely to die of pregnancy or delivery complications than white women.”

Famous tennis player, Serena Williams is no exception to this stereotype, even during her matches. On September 1, 2018, when Williams gave birth to her baby girl, she said she was short of breath. Due to her history with blood clots, she said “I need a CT scan and a heparin drip” according to cbssports.com. Of course, her intuition was right and she in fact had a blood clot that could’ve been life threatening.

In the 1950’s, doctors didn’t even have to get consent to do different procedures on black people. Henrietta Lacks is one of the most famous examples of this. Her cells were taken from her without her knowledge or consent. Doctors made millions off of her immortal cells, even after she died, and her family wasn’t told until years later. Like Williams, her pain wasn’t taken seriously. The only difference is that Henrietta was never able to advocate for her health.

Even in our home state, Virginia, there have been higher mortality rates for black women. According to The Daily Press, “black women in Virginia die in childbirth at 3 times the rate of any other race.” Some blame it on poor federal benefits or social circumstances, others just blame it on black women. No one was asking any questions about these statistics, no one was believing black women. Katherine Haffner of The Daily Press said, “studies – including one at the University of Virginia – have shown that doctors are less likely to believe that black people feel pain, and less likely to prescribe them the same levels of pain medication.”

The whole situation has become cause and effect. Black women see the mistakes that the doctors and hospitals have made in the past, which disables them from trusting these medical specialists. Medical specialists are taking these women’s fear as a disregard for their own personal health. This leads to whenever a black women does report a problem, the medical specialist questions it instead of taking action. How would you feel if the people that you’re supposed to trust with your life write you off as just crying wolf?

The National Center for Biotechnology Information (NCBI) said that “black patients are consistently more likely to die after major surgery than whites.” By 20 percent in fact, and this number only increases when we add in the title, women. What we need to be asking ourselves is: how can we change this?

Gandhi once said, “be the change you want to see in the world”. If we can get more black women in the medical field, then maybe the struggle of being a misunderstand black women will, one day, no longer be a problem.

If you are interested in finding out more about supporting black women doctors, or even becoming one yourself, visit The Association of Black Women Physicians. They say their mission is to “empowers Black Women to lead in health and wellness for ourselves and the community through premiere educational programs.”

With being a black woman in the field comes more challenges and discrimination, but being able to help someone that looks like you can be life changing. To find out more  about the experiences of black women in the medical field, read “Black Female Doctors Come Together to Show The World #WHATADOCTORLOOKSLIKE”.