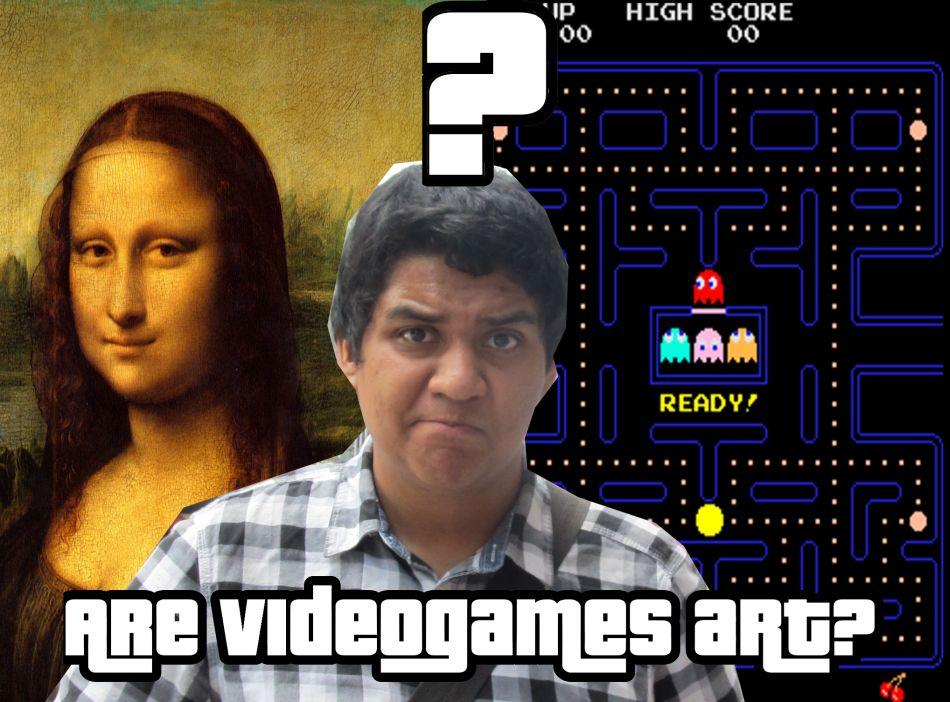 Paintings, literature, sketches, photography, film, and music are all considered legitimate forms of art. Should a painting like Starry Night be considered a more legitimate art form than Pokemon Red? Let’s find out by comparing “legitimate” art forms and elements of video games.

Art has the ability to challenge people’s way of thinking. Poetry has helped people gain insight into other’s strife. Poetry about war and poverty have struck people and made them rethink their perspective on life and the things around them. Music has helped people see things in a different way. It can make people radically change their minds; put ideas of rebellion into words that no-one else could formulate before that song. Musicians like Bob Dylan and Bob Marley helped change the world through their music; they brought the evils of the world into the light for all to see. People could be more aware and change could happen.

Can video games do anything that impactful? Well, the first Call of Duty did that. Yes, you heard me. Call of Duty. The series that has every male ages 11-29’s excitement and wallet at one point, is an interesting perspective of WW2. In the game, players are either an American, British, or Soviet soldier; it’s the perspective of someone other than yourself, and what you have been taught that is something you don’t really see that often in other forms of media. Also, the first Call of Duty had a very interesting narrative and didn’t really make war seem like a fun thing. Today’s versions seem like an interactive recruitment ad. Oh well…

Art has the ability to evoke strong emotion. Movies can make you cry, music can make you cry; books can torture you for a month over some fictional character’s dissension. When I was a kid reading the Harry Potter books, I would read about Harry, and as I read I would feel his strife. If I put the book down and was in the middle of a chapter where he’s going battling a serious problem, I would keep thinking about it. I would want to keep reading to make sure he got better.

Video games can do that as well. The same feeling happened to me while I was playing The Legend of Zelda: Windwaker. In LozWW, the protagonist must leave his home island to find his lost sister, leaving his grandmother alone. As he waves goodbye to his grandmother there is great worry in his cartoony expression, and equally so in his grandmother’s face. As you play the game, you receive an letter informing you that she got sick; sick, all alone, on an island with (presumably) no doctors! I was wrecked emotionally. It hit a little close to home at the time too. I found out on the internet that you can make the grandma better by bringing her a fairy in a bottle. I did that and she made me soup. It made me so happy. I mean, c’mon, this video game can bend your emotions at will and you have complete control over it. How awesome is that? VIDEO GAMES ARE ART, END OF ARTICLE.

I continue…artists put their blood, sweat and tears into their artwork, no matter the cost. I think this is a good qualifier for art. Art is only as good as the artist. Starry Night is made more beautiful when you know about Van Gogh’s struggles and Star Wars is made better when you realize how much work Lucas put into every meticulous detail. Video Games share that with other forms of art. Artists like Van Gogh, Beethoven, Maya Angelo, and J.D. Salinger are luminaries in their respective fields. Video game pioneers should be recognized as well.

Remember these names: Markus Persson, Satoshi Taijiri, Masahiro Sakurai, Gabe Newell and Shigeru Miyamoto. These guys are the guiding lights in some of the top video games.

There is no one living on this earth that is more brilliant and imaginative than Shigeru Miyamoto. The list of his creations is beyond impressive; that man has created Super Mario Bros, Pikmin, Star Fox, F-zero, Wii Sports and the Legend Of Zelda series. He still helps make those games to this day. Miyamoto also helps make hardware like the Wii. Not only is he a software guy, he’s a hardware guy too. Back in the day he fixed arcade cabinets. This guy knows his way around a video game.

An artist is only as good as their inspiration. Monet could sense the beauty in the water lilies in a local pond and recreate it in an amazing way with paint. Can Miyamoto stand up to this comparison? Yes. He did something similar with Pikmin, a game that was inspired by his experiences…GARDENING. This isn’t a boring game about gardening, either. This is a game about shepherding aliens; it’s great fun. The Legend of Zelda is inspired by Miyamoto’s childhood. As a kid he would wander about the fields, woods and caves of his hometown of Kyoto and tried to emulate that sense of exploration in a game. Much like a film, video games have large crews that help put everything together. But the good games always seem to have a very driven person at the helm with a strong narrative vision.

Video games are touted as being bad, or at least a waste of time. What are Miyamoto’s thoughts on that matter? “Video games are bad for you? That’s what they said about rock and roll.” Wise words from a smart man. Video games are no different than books, music, and movies; too much of a good thing is not a good thing. Don’t sit around and play video games all day. Recognize the art when you are in the presence of it, but don’t sit around all day doing anything. Do something productive.