Red Sox Win It All! 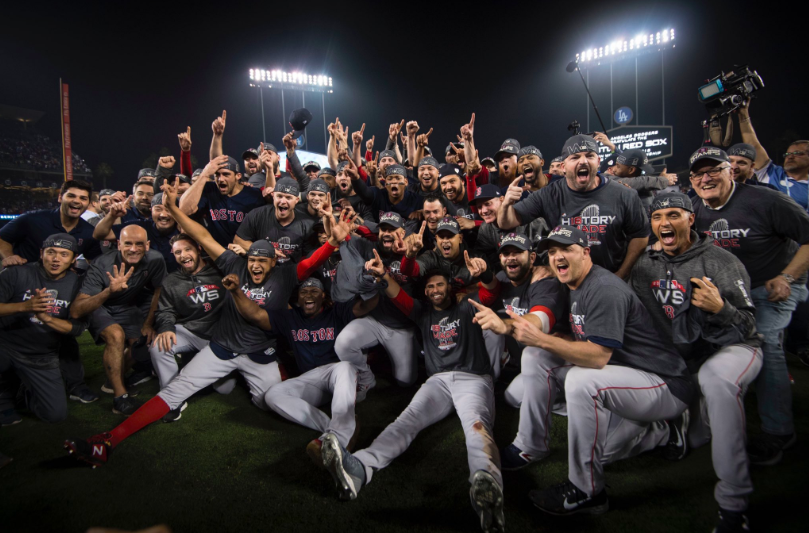 The Boston Red Sox won the 2018 World Series! Its their 9th World Series win ever, and 4th time since 2004. This year’s team was the best of the best, managing to win 108 regular season games and only loosing 1 game in each series of the playoffs. This one may have been the best one yet.

Each playoff victory had a different hero. None being bigger then World Series MVP and game 4 hero Steve Pearce. He was a late season pick up from the Toronto Blue Jays. He may have been the most unlikely MVP of the team, but proved his worthiness getting 3 home runs and 8 runs batted in during the game.

The parade in Boston is scheduled for this Wednesday!

Read more about their victory over the Dodgers at mlb.com/redsox.