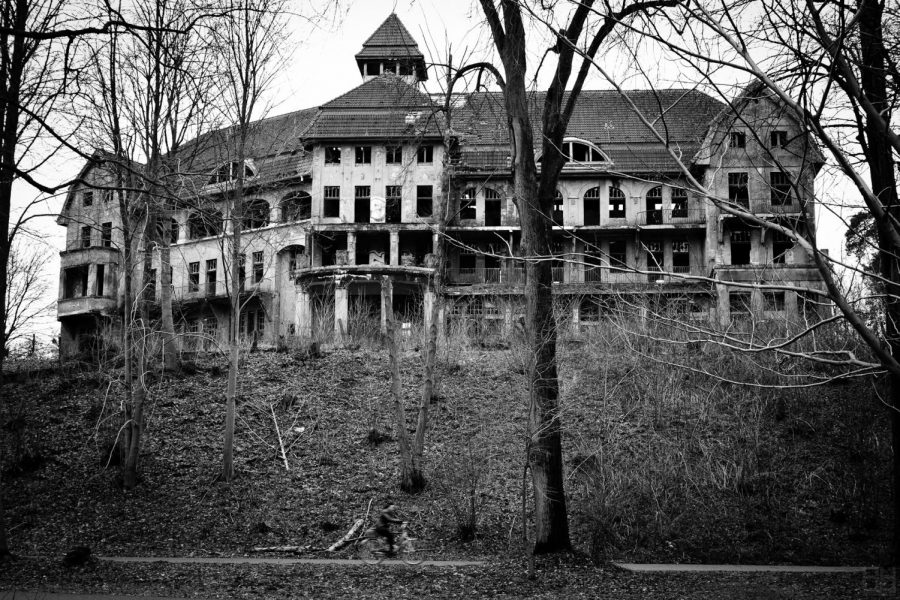 “Where are you?!” I yelled. No response came back.

I continued to walk around, only a flashlight illuminating my path. Every step was followed by a loud crunch created by leaves that covered the forest floor. Little light from the stars could peer into the dark canopy, creating a cold and isolated atmosphere. Apart from the area illuminated by the light, everything else was pitch black.

“Zack!” yelled someone from the distance.

I ran as fast as I could towards the voice. Running through the thick forest, I reached a clearing where there rested a large mansion. You could barely tell this place was here, if you weren’t in the clearing. It was adorned by broken windows, ivy vines, and rotting wood. The front door was wide open, showing someone was clearly in a hurry. I walked through the door, imagining the horrors that awaited inside.

The smell of death and decay was in the mansion. It was all silent, except for the creaking of old wood, and harsh winds blowing outside. Soon enough, snaps of thunder could be heard, and rain started to pour in from cracks in the roof. Harsh flashes of blinding light beamed in from broken windows, blinding me every once and awhile.

In the distance I could see a shadow turn a corner. I ran towards the corner, only to hear a door slam. The house shook, sending a chandelier crashing to the ground breaking the floor almost throwing me down with it. I ran around, not wanting to get too far behind him.

Another yell came echoing down the corridor, “Zack, are you there!?”.

I could hear the voices calling to me.

“In here” they said.

I kicked the door open, where a person was resting in a pool of blood, gushing from his leg.

“Wait, who are you, you’re not Zack? Why do you have that axe?” he asked in a shaky voice.

The eyes that watched me appeared as full on bodies, grabbing onto my axe. The near silent whispers changed to full screams. The boy in front of me crawled backwards in fear, saying something that was drowned out from the voices. The hands lifted my axe, yelling their command.

I blacked out for the next few moments, but when I regained composure, blood was splattered everywhere. My eyes were now the color red, and the voices had finally rested a bit, now only whispers again. The shadows went back to only being eyes again, surrounding the now unrecognizable body of once was person.

“You did well, now go get us another sacrifice” the voices said.

I walked away, leaving the mansion, looking for the next poor soul to suffer getting sacrificed to the voices. The rain still poured, wiping away the layers of blood on me. Not too far away, a man was trying to fix up his car by the edge of the road.

A smile crept onto my face as I slowly wiped the blood from my axe.