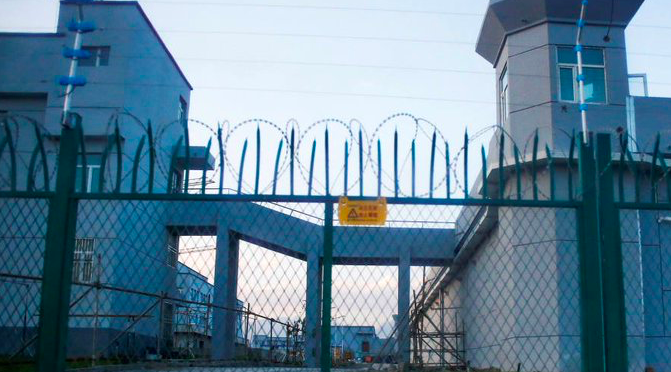 In 2016, the practice of putting Muslims into “reeducation camps” started again. The purpose of the camps is slowly progressing to become more than just “reeducating” Muslims. According to The Nation, the million Muslims being held in the camps are forced to take up the ways of the Chinese, forcefully. They are being held without reason in Xinjiang, China and some have tried to kill themselves because of what this camp does to people.

At first, when the camps were discovered, the Chinese government denied that they actually existed. They said that it was just a precaution to avoid having radical terrorists living in China. In October, the government finally admitted that they were real when the People’s Congress passed legislation to transform (muslim) locals using “ideological education, psychological counseling, behavioral correction, and Chinese language training.” The government has laws keeping minors from going to mosques and from fasting during Ramadan.

People in these reeducation camps are watched around the clock and are forced to sit through classes teaching them to get rid of their traditional religious practices and adopt the way of the Chinese. The UN Committee on the Elimination of Racial Discrimination said muslims are “held incommunicado…without being charged or tried, under the pretext of countering terrorism and religious extremism.” They are kept in these camps until they are not seen as a threat to the nation. The authorities at these camps ordered 2,768 police batons, 550 electric cattle prods, 1,367 pairs of handcuffs, and 2,792 cans of pepper spray to use in these camps.

According to The Nation, one Muslim detainee described the events leading up to his 50 day stay in the camp; “’In the beginning they used to pass out flyers, but later they started coming around in a car with a loudspeaker, or using loudspeakers installed on light posts,’ he said. ‘They would just say, ‘We are having a meeting, you must come or you will be punished,’ and they could call them at any time, even in the middle of the night.… We went sometimes together with our neighbors, if there was enough time to go together; other times we had to run.’” This reality seems like history is repeating itself.

On November 14th, sixteen U.S. Senators gathered (including both republicans and democrats) and introduced a bill that would put sanctions on Chinese officials because of the camps. This bill also says that different federal agencies release regular reports on the camps and the treatment of the Muslims there. Senator Marco Rubio said that this is a “development that may constitute a crime against humanity.” It is on the border of being considered inhumane. Representative Chris Smith said, “China has placed as many as one million or more Xinjiang residents in ‘political re-education’ camps.”  These politicians are trying to do something about the crisis in China. This is the first time in a long time that both parties have worked together, so you know it is important.

These Muslim locals are now being put to work, and if nothing is done right now, it will only get worse. The people in these camps should not suffer because of their religion and where they come from. It is yet to be seen how this will impact the world.