Wrestling is Ready to Rumble 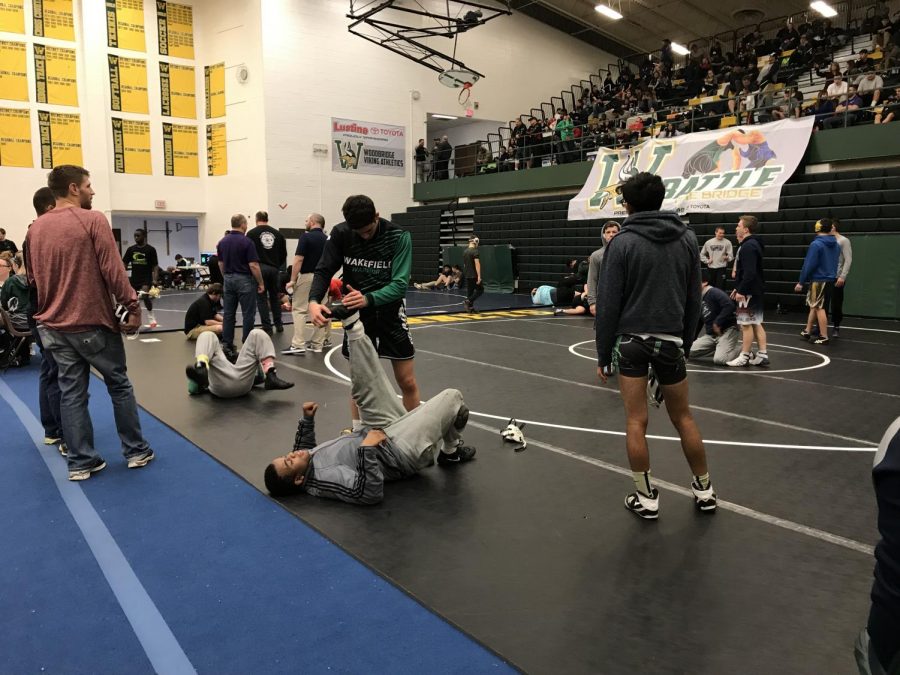 The Wakefield Wrestling team has been crushing it on the mats, and are off to a good start this season. On December 8th, the team competed in the NOVA Classic Wrestling Tournament which is one of the toughest tournaments in Virginia. The standings have been looking stunning for the wrestlers; this season certainly started better than last years. It seems like all the hard work and dedication has been paying off with all these wins.

Wrestling is not as easy as it seems, the amount of concentration it takes to read your opponents’ moves and what they’re going to do next is complicated. Senior Loranzo Rajaonarivelo said, “It’s just like a human chess match, you have to read your opponent 3 or 4 steps ahead.”

The wrestling team recently had three meets against West Potomac, Lee, and TC. They were able to clutch the victory against all three schools and are now 3-0 in the season, what a great way to start. The team also took 6th place all round at the NOVA Classics. Vincent Galang, Loranzo Rajaonarivelo, and Steven Rochard were able to seal the victory in the singles competition and came 1st in their weight class. Also, Rajaonarivelo took the title of outstanding wrestler voted by the head coaches.

Over the past 30 years, Wakefield has been competing in this intense tournament without showing good results. It was not easy, but for the first time in 30 years they were able to crown 3 champs against 32 other schools. The determination these guys had was incredible, both in practices and in matches.

While we were on winter break, the wrestling team was still grinding and competing in tournaments. On December 29-30, the boys competed in The Battle Of The Bridge. Loranzo Rajaonarivelo, Vincent Galang, and Steven Rochard were all able to stand on the podium once again, while Vincent and Loranzo took first place for the second time this season.