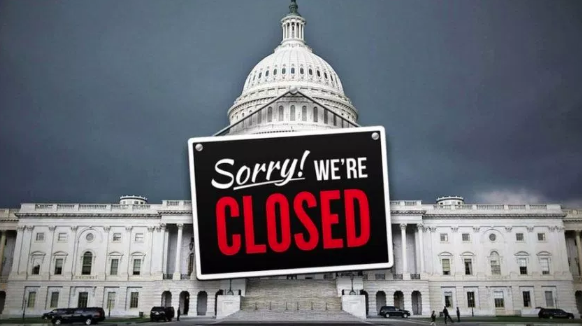 The United States Government has been partially shut down for over a month now. ( CNN’s shutdown clock.) Over 800,000 people are being affected by this shutdown, and even with the promise of back pay, no one is enjoying the “time off” anymore. There have been some attempts at reopening the government, but the unfortunate truth is that neither side of the aisle is willing to compromise.

The Republicans have offered to reopen the government if Democratic congresspeople agree to vote for the Wall separating the U.S. and Mexico, but Democrat and Speaker of the House Nancy Pelosi shut that down immediately. Democrats have proposed bills that would increase funding for border security, excluding a wall, in exchange for reopening the government but the Republicans have refused. President Trump announced that he would give a 3 year extension to the DACA program in exchange for border wall funding and to end the government shutdown. Not only was this declined by the Democrats, but Dreamers have come out urging Democrats to not take this deal.

Program around the country are also taking a hit. TSA is an essential program for the security of our airports, but TSA Pre-check is closed until the government is reopened, slowing travel across the country.

The free and reduced school lunch programs will be affected soon too. The U.S. Department of Agriculture has said that the program is fully funded through the end of March, but if the government isn’t reopened by then, there could be trouble. James Weill, president of the Food Research and Action Center, told CNN, “If the shutdown goes past March, what I think will happen is total chaos.”

This is the longest government shutdown in US history. Because Wakefield is so close to DC, some students and their families have been affected. Since this is a sensitive subject, students will remain anonymous in this article to respect their privacy. One student said, “We have been going to the food bank for groceries and stuff, and when we were there my mom was like, ‘Well, we can’t get this or that’ because there is a shortage, and it made me mad. And it’s not me and my family, we’re doing ok, but the people who I see at the food bank, really need that money. I can’t imagine a whole month without a paycheck.” Another student said, “My day to day life is much harder than normal because often, we don’t have food in the refrigerator and we often have to make groceries last for weeks or more, so that we don’t spend a lot of money. Some nights we go without food because we have to pay the bills, and those are even harder than before to pay.”

Some government employees are looking for other temporary jobs. A student said, “My mom is looking for another job while the government is shutdown because we can’t live without paychecks for much longer.”

The shutdown is negatively affecting a lot of people, and many are fed up. Some have said they just want the government reopened, even if that means they build the wall. Others think that the wall is the worst thing that could happen to this country, and they aren’t at yet at the point of giving in. A student whose family is affected by the shutdown said,”I don’t care how long the government is shutdown for, he can’t continue to be rude and disrespectful and still get his way. He is completely abusing his power which isn’t right at all.”

Regardless of what side you are on, we can all agree that this shutdown is hurting our classmates, their families, and other people throughout the country. We can only hope that politicians can find a way to get these people back to work!