Wakefield’s Runaways Ran Away with First Place at Super Regionals (too!) 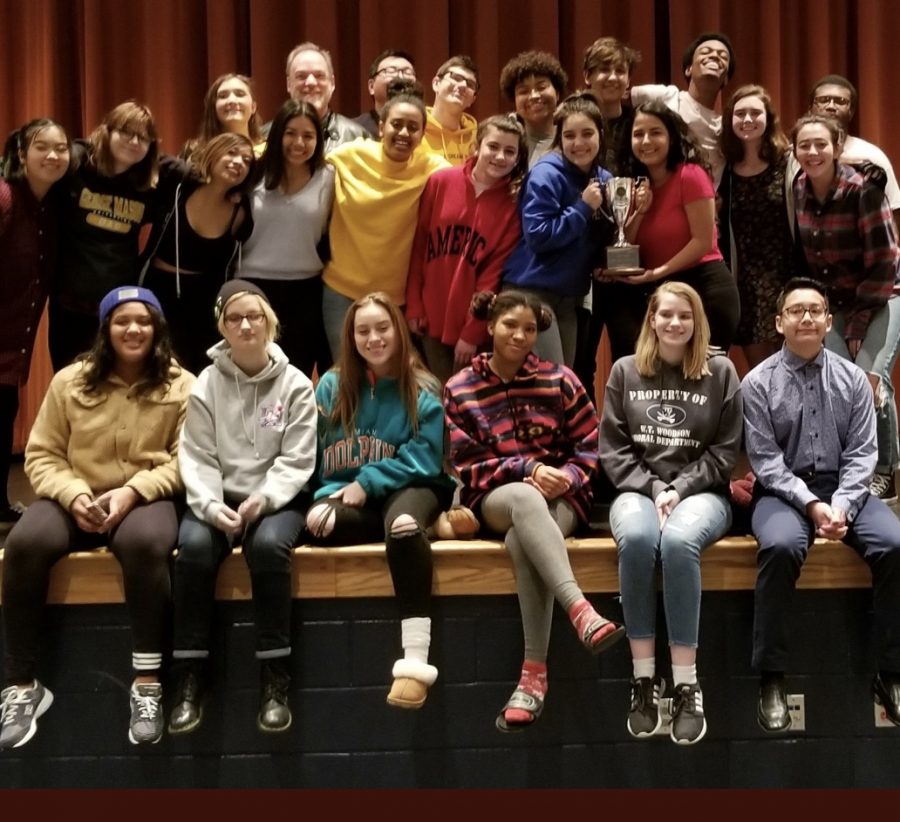 Wakefield has been racking up recognition across the board, and the theater department is no exception. Their one-act play, Runaways, earned them first place at Region VHSL!

This one-act play centers around teenagers who have all runaway from home. Each character delivers a monologue answering a single question: why? The audience is left to stitch the story together. This play may be short, but every minute is filled with an accompanying song and dance to help the characters unfold.

This one-act play was a journey both physically and mentally. As a result, everyone got a little closer during this production. Junior Zitalli Dawson said, “There was a lot of stress throughout it, so I think that being able to work through it as a group, as opposed to individually, helped us form really good bonds.” Creating a show worthy of first place is no easy task, it’s something that takes care and precision; junior Chelsie Harris said, “It was good that we took it step by step and we tried to have everyone have a connection with their character.”

Not only did actors have to truly encompassing their characters, but they also had to pair song and dance with their monologues as well. When asked about one of the most difficult parts, junior Aaliyah Dade said, “Working on pieces all together as a group and getting them in unison.” Working together on dances and getting song verses just right paid off for each and every one of the actors, senior Danah Alkhafaji said, “It was an ensemble show and it’s very big on team work and working together and it was never about one person, it was about all of us.”

When asked about their win, Aaliyah said, “We were all really surprised…I honestly wasn’t expecting it; there were a lot of good shows.” Junior Ellen Egeland said, “We got best actor, best actress, and first place all in a row and so we were kind of obnoxious like screaming and stuff, but it was really great, we did that.”

They are more confident than ever and ready to face their next challenge: Super Regionals! Zitalli said, “Let’s hope we go to States!” Be sure to support our actors at Super Regionals this Saturday, February 9, at Briar Woods High School. The competition begins at 8a.m! We can’t wait to see them shine on stage!

UPDATE: Our Thespians did it! They won first place at Super Regionals last Saturday! On to States! The State competition is on Saturday, March 2nd in Charlottesville.