There’s A New Cookie In Town: Most Stuf Oreo 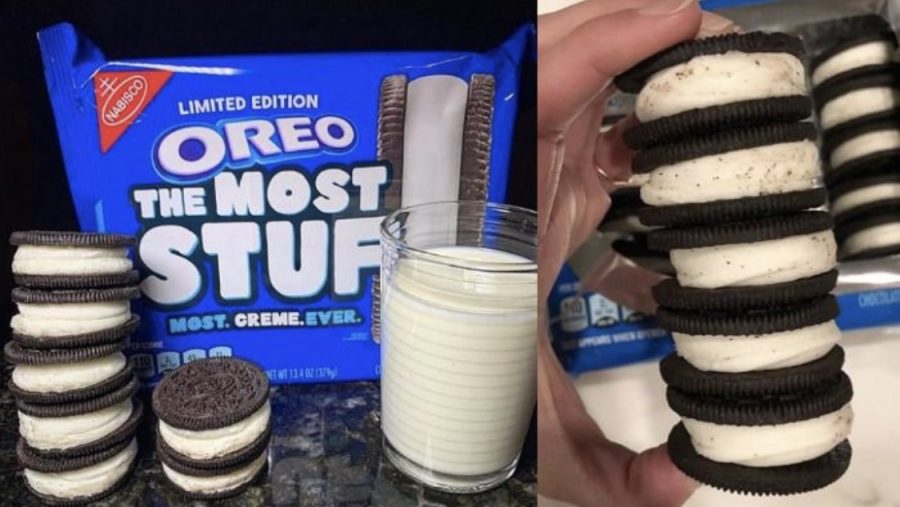 When it comes to Oreo enthusiasts, people usually fall into one of two categories: creme lovers or cookie lovers. It goes without saying that there’s been a long-standing debate on which is truly the better part of the cookie. But now, there is something that can put this dispute to an end, once and for all.

Bigger than Double Stuf, even bigger than Mega Stuf… it’s the Most Stuf Oreo. Now, for a limited time only, Oreo has introduced us to the cookie that has the “Most. Creme. Ever” and it sounds like a dream. So, of course, The Chieftain had to give these a try. After trying three of Oreos’ most raved about cookies; Regular, Double Stuf and now the Most Stuf, it turned out Double Stuf pulled through as the fan favorite!

After peeling back the thin layer of foil it’s hard to miss the unprecedented amount of creme. These cookies are quite literally about an inch thick. There are only 18 cookies in the box, compared to the 40 that come in a regular box, simply because there’s just so much creme.

“I’m an icing person, and it was ALL icing,” said senior Hannah Foley about the Most Stuf Oreo. Paul Garado and Arianna Sousa both agreed the Most Stuf was by far the superior cookie.

Still, not everyone liked the Most Stuf the most (see what I did there). Junior Luis Pinto said, “The Most Stuf was overwhelming and looked intimidating. The cookie to cream ratio was off.” He went on to say, “The regular is just a classic. The ratio is just right.” Zach Saltos agreed with Pinto about the regular cookie and said, “It’s fairly light. The cream and cookie balance each other out. The cream doesn’t overpower the cookie as the others do.”

There seemed to be just enough cream in the Double Stuf to be satisfactory without turning into a giant sugar rush like the Most Stuf.

Between the Most Stuf, Double Stuf and Regular, which one is your favorite?