Global Warming is a Hot Topic 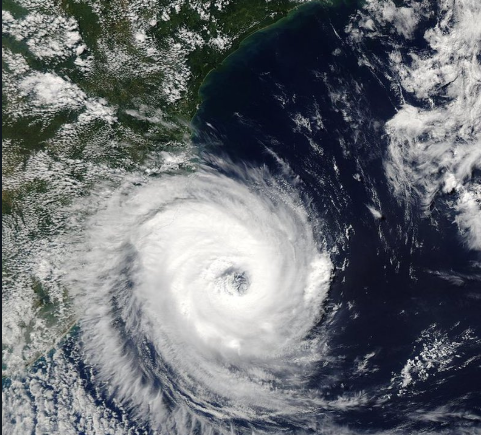 An arial view of Hurricane Katrina.

Some say global warming is “just a myth.” Big Fossil Fuel Companies profit off of denying it. The more people by into global warming as a myth the more money they make. The truth is global warming is real and it is killing our planet right now. The proof is in the sea levels rising, natural disasters are more extreme and frequent. If we keep going down the path we are on we won’t have an earth to live on. The effects of global warming are more than worrisome, and we have people in our government with power that discard global warming and don’t realize the long lasting affect they have on the problem of global warming.

According to the NRDC.com, the definition of global warming is simple; “Over the past 50 years, the average global temperature has increased at the fastest rate in recorded history.” One of the main causes of this change in temperature in our atmosphere is from all the greenhouse gasses, carbon dioxide(CO2), and other pollutants that we are releasing into our atmosphere. After a while, these gasses collect in our atmosphere and trap heat from the sun that is being bounced off the Earth’s surface causing the Earth’s average temperature to rise.

According to the nationalgeographic.com  For the past couple of decades global warming has been affecting Earth’s remaining ice sheets such as Antarctica, Greenland, and the North Pole. The melting of all this ice could increase sea levels between one on two feet by 2050. This can cause flooding, erosion, salt from salt water contaminating soils, and loss of fish, bird, and plant habitats, as well as more dangerous natural disasters. In recent decades rising sea levels have been found to be one of the main causes in stronger hurricanes and typhoons. Theses changes in climate could turn a category 3 hurricane into a  category 4 hurricane.

Global warming has also played a huge factor in extreme temperature fluxuations. For example in 2015, scientist said that the ongoing drought in California, the worst water shortage in the past 1,200 years was “intensified” by 20 percent due to global warming. In recent years heat waves have caused approximately more than 10 thousands deaths.