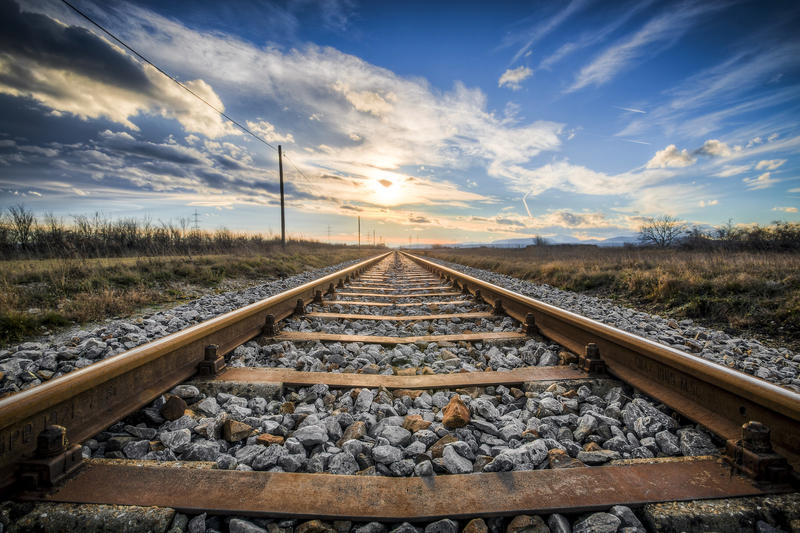 I could hear the roar of train whistles as columns of smoke passed across the horizon. It was hot, the blazing summer sun staring down into the open meadow where I sat waiting. The only cool that the day could provide was shade from trees or the small breeze that was blowing, neither of which helps that much when you’re someone in a full suit.

A small letter was stuffed into my suit pocket, right next to my heart. I could still see the small neat handwriting, every word engraved into my mind. All the thoughts and memories she wrote, once again filled my mind, as I slowly closed my eyes afell asleep.

“When do you think we’ll see each other again?” she said with eyes filled with tears.

It feels like this memory has replayed in my head about a million times. Five years ago, seeing her cry broke my heart. I had never seen her be sad before that, I knew I never wanted to make her cry like that again.

“I know it won’t. I’ll be sure to visit every once in awhile to see you, Anna” I said just on the verge of tears.

In the distance, I could see mom beckoning that it was time to go. I hugged her one last time, hearing the whistles of trains roar in the distance. The meadow had always looked so pretty, but whenever I remember this moment, it always felt more sad and somber.

As I walked away, she ran towards me hugging me from behind “I’ll be sure to write, just wait.”

“I’ll wait however long it takes” giving her one last hug.

That letter never came. I’m sure she had her reasons, after all we’re all busy people, with our own lives, but that doesn’t mean it didn’t hurt any less. For a long time, I was anxious about waiting to know what happened to her. Eventually, I forgot all about her, and all about waiting, well almost.

Out of nowhere, I got a letter just a week ago. I had thought I had given up, moved on, and forgotten all about her, but seeing that letter, everything resurfaced. Secretly, I had always been waiting for this letter to come in, I just didn’t want to admit it.

I had replayed that final memory so many times because I wished I could change it. I wish I said more, I wish I didn’t have to leave, and I wished I told her just how much she meant to me. But I can’t turn back the clock, I needed to act this time.

This time I wrote, telling her I’ll be where we last saw each other. I wasn’t gonna mess up this time, this time I’ll make it right.

The roar of a train woke me up. The sun had set, only the stars and fireflies lighting the meadow. I looked around, not seeing anyone around. Once again, I was left alone, waiting.

The possibilities ran through my head, could she have forgotten, did she not want to meet up? My blood was boiling and I just had to do something. I started to kick the grass, fireflies rising up. The sound of crickets seemed to get even louder by my rage.

“Did I miss something, or did those five years just make you really weird?” a voice behind me said.

Time must have stopped in that moment. In an instant, all my anger disappeared and all there was left was the feeling of breathtaking shock. I had to pinch myself as hard as I could just to make sure I was awake.

All this time, watching, waiting, and at this moment I regretted none of it, because she looked as beautiful as the day I left. A million words and thoughts raced through my head, but only one word came out

I had thought that it would really be awkward talking to her after so many years, but it felt natural, like we just continued where we left off.

She apologized a lot about not writing, and that she didn’t know what to write. I also apologized since I was partially responsible for not wanting to write first. After all that stuff was over, we just talked about where we were in life, and about college and our futures.

Our talk must have lasted hours, because when she checked the time, neither of us could believe how late it was. We were once again getting split apart, when I hadn’t even said what was most important.

My heart pounded at the thought of asking her, but what was worse was the feeling that another five years might go by waiting for each other. I was tired of these pointless “what if” questions, and had to act. I came here for a reason and wasn’t about to let her leave without me telling her.

I drew in as much air as possible, and exhaled. With all my might, I yelled to the world, making sure no amount of noise would block me.

“I LOVE YOU ANNA, AND I WOULD RATHER DIE THAN SEE YOU WALK AWAY FOR FIVE MORE YEARS!”

My body trembled, but all I could do was watch and stare at her. She was frozen solid, which made me even more scared. As she turned, I could see tears in her eyes accompanied with a smile.

Oh crap, I made her cry one more time.