Right to be Forgotten: A Play on the Effects of Internet Lies at Arena Stage 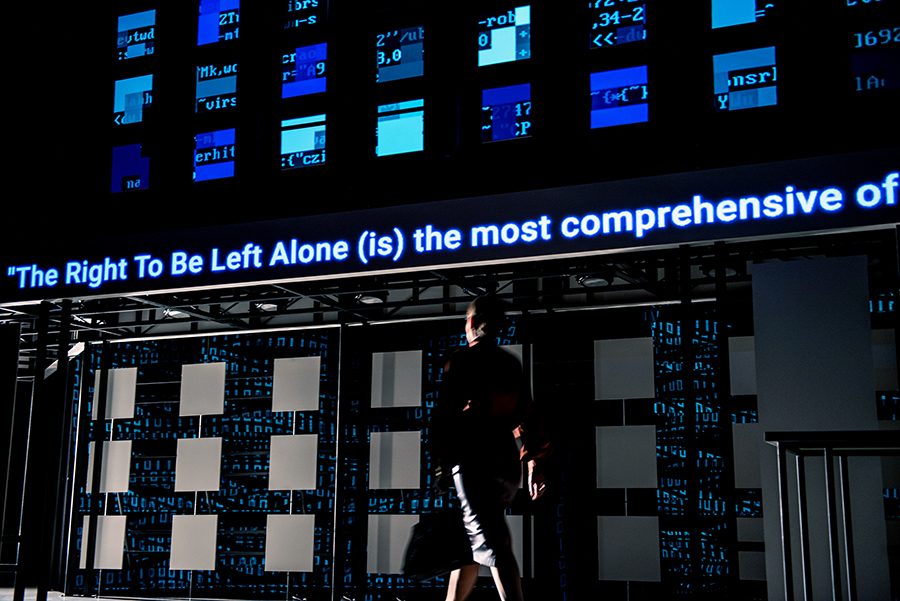 If false information about you was online, wouldn’t you want to take it down? We all know the internet is forever, all the lies and manipulated stories, they’re forever. Arena Stage’s Right to be Forgotten shows the effects of when the internet lies get out of hand and begin to destroy lives. Technology is rapidly changing, but the laws surrounding things like our privacy aren’t. We are left defenseless in the grand scheme of the internet. Everything we post on the internet will stay there for anyone and everyone to see. Even our mistakes are at anyone’s disposal.

Right to be Forgotten centers around Derril Lark (played by John Austin) trying to settle into his adult life. However, a mistake he made in his teenage years still lives on the internet and is destroying his chance at a normal life. After falling for a girl he meets, he’s terrified of what she might find online. He decides he wants to fight for the right to be forgotten and hires Marta Lee (Melody Butiu) to defend him. This case proves to be a difficult one, especially with Annie Zahirovic (Rachel Felstein), the lawyer handling the other side of the case.

This show tackles a serious and complex issue, while also having a bit of comical relief.

The internet was made with one goal in mind: to connect the world and move forward together. We aren’t all that different from each other. Rachel Felstein, who plays Annie Zahirovic, said, “I would love it for people to walk away from the show [with] at least one moment where they related to every single character…where they empathized with every single character.” Felstien began her acting career at the ripe age of 3 and hasn’t stopped since. Growing up in New York, we can only imagine how much of a change moving to D.C. was, but she has enjoyed it so far, she said, “I do really like living here in D.C. and the theatre community is very much a community which you can’t always feel everywhere.” The entertainment industry can be very cutthroat, especially when actors are supposed to fit in a certain box. Felstein said one of the most inspiring things to see is “middle-aged women just nailing it and not apologizing for being middle-aged. Just getting by off the strength of their work.”

Throughout her extensive career, Felstein has been able to piece together the perfect advice for aspiring actors.  She said, “Actors are artists, too. If you don’t think of yourself as an artist, and you think of yourself as a commodity, it’s gonna give you a lot of heartaches. Do it for the love of it and never let it get into your head or heart that you weren’t enough of something. You are always enough.”

Right to be Forgotten is showing from now through this Sunday, November 10th, so don’t miss your chance to see this great production!

Arena stage has plenty of amazing shows and Right to be Forgotten is a perfect way to unwind after the stress the 1st quarter brought. You won’t have to spend a fortune to see this thrilling show, with Arena Stage’s Pay Your Age program, all you have to pay is your age!