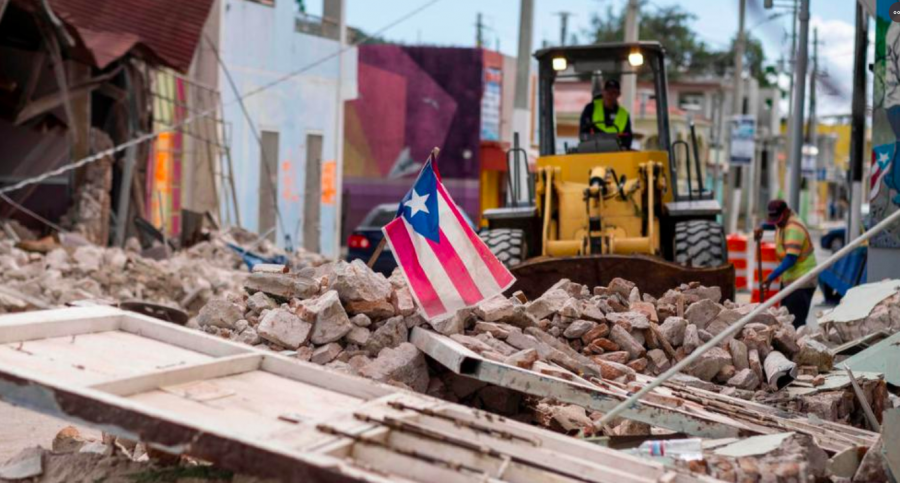 January 7th, Puerto Rico was struck with a 6.4 magnitude earthquake. The island had still not fully recovered from the devastation of Hurricane Maria. According to the New York Times, the series of aftershocks were still affecting the island days after and families were huddled on roadsides to stay safe from possible collapses of infrastructure. The aftermath of the earthquake has people fearful of going into any structures like schools, homes, etc., because of how much trauma the country has been through.

According to CNN, “over the past several weeks, hundreds of tremors have shaken homes, knocked out power and rattled lives.”

Alongside the general devastation the nation had already gone through, and the loss of power and water in many areas, Puerto Rico has also lost a natural wonder. The Punta Ventana, an extremely well-known landscape in Puerto Rico and a wonder of the country has now been destroyed due to the earthquakes. As recently as last Saturday, a 5.0 magnitude earthquake was felt in southern Puerto Rico as tremors keep hitting the island daily according to  CBS News.