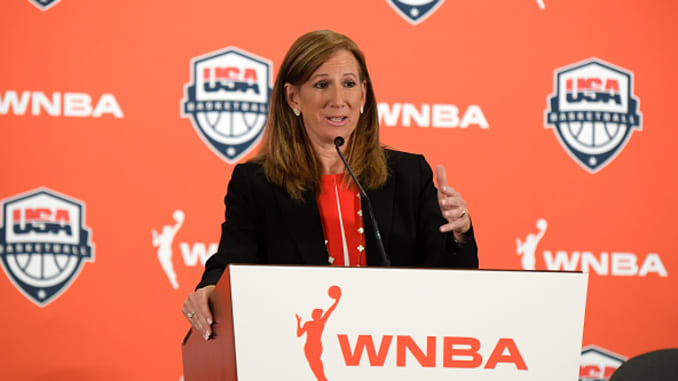 One week ago, WNBA Commissioner Cathy Englebert announced a new agreement with the WNBPA. According to this Collective Bargaining Agreement, WNBA athletes will finally get better benefits and more money.

This groundbreaking pay increase is the next step in the movement for equality for women in professional sports. According to NBC Sports, this agreement is expected to raise the average salary to triple-digits for the first time ever, at about $130,000. (Which is still only 1/60th of the money the average NBA player makes.)

This new agreement benefits the players in more ways than just salary. According to CBS Sports, ” The WNBA and its players union have tentatively reached a collective bargaining agreement that would bring sizable pay increases and substantial familial, maternal and medical benefits to players” such as increased salary, paid maternity leave, medical aid, and travel accommodations. The paid maternal leave is a huge advance for these athletes, as some would have to choose Basketball or a child in the past.

Female athletes have always been battling for equal time and money on the court, and this battle is far from over. This is a step in the right direction.