XFL: For The Love Of Football 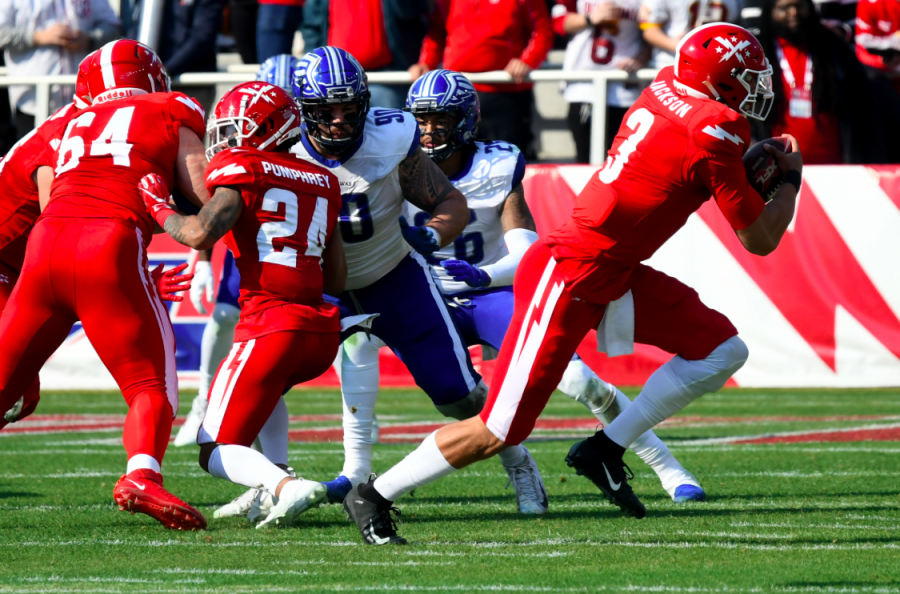 The DMV has got a new team! The D.C. Defenders are arguably one of the best teams in the XFL. The XFL just came back February 8th, and this time there is a DC team.  The XFL is a semi pro-league clustered with retired, backup and practice squad players (10 players who didn’t make the final 53-man roster, but are kept in case of injury of a starter or a backup). With three wins and two losses, they are a force to be reckoned with.

The Defenders started the XFL season with two wins back to back, completely dominating their opponents. Popping off a two game losing streak with a win against the Battlehawks shows that they are a solid team and can come back from a loss. They have a well balanced team with a jaw dropping defense that knows how to represent their city! They have gone undefeated at home (3-0). Being tied for third fewest points allowed this season. The XFL has a 10 week season, playoffs start on April 18th, and the XFL Championship is Sunday, April 26th, so there are still some important games to watch.

A star from the Defender’s roster is Eli Rogers, their reliable wide receiver! A former Pittsburgh Steeler, lining up with the likes of Antonio Brown and catching passes from Super Bowl winning quarterback Ben Rothenberger. He is tough. His mom died in week 2 against the New York Guardians and her funeral was taking place while a game was being played. Eli has the strength to stay with his team and give it his all. This is just one of the players on this amazing team.