A Guide to Pronouns: They/Them 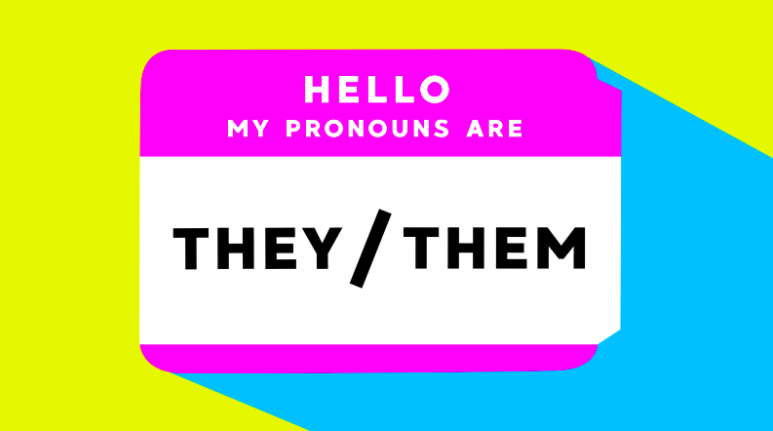 Wondering about when to use they/them pronouns? This is the guide for you.

Simply put, a pronoun is a part of speech, used in the place of a noun.

The 12 personal pronouns of the English language are: you, I, me, we, us, it, she, her, he, him, they, and them. Here is how Grammarly describes them: “Personal pronouns are the stunt doubles of grammar; they stand in for the people (and perhaps animals) who star in our sentences.”

You may have heard people introduce themselves with they/them pronouns. This is called the singular they.

In the past, they and them were most commonly used to indicate more than one person, for example, “they are on the same soccer team.” They can also refer to just one person, meaning that this person uses they/them pronouns, (also known as non-binary or gender neutral pronouns), for example, “Andy wasn’t feeling well. They missed English class yesterday.”

This might seem confusing, but there’s nothing new to learn! Although it’s the singular they, these pronouns are conjugated the same way we conjugate the plural they: “they are,” “they have,” etc. Just remember, we already have a pronoun that can be singular and plural; it is “you”. For example, “you need to do your homework” could be directed towards one person or a whole classroom.

One thing to practice is trying not to assume people’s preferred pronouns before you know for sure, no matter their name or their appearance. For this, I highly recommend using they/them as gender neutral pronouns for anyone you haven’t met before.

Ever see people’s pronouns listed in their social media bios? That’s a great way to help normalize non-binary pronouns, as well as introducing yourself not only with your name, but your pronouns, too. Asking for the pronouns of others when you get to know them is also a good tip.

Want more information about they/them pronouns? Here’s a LINK to a great resource!