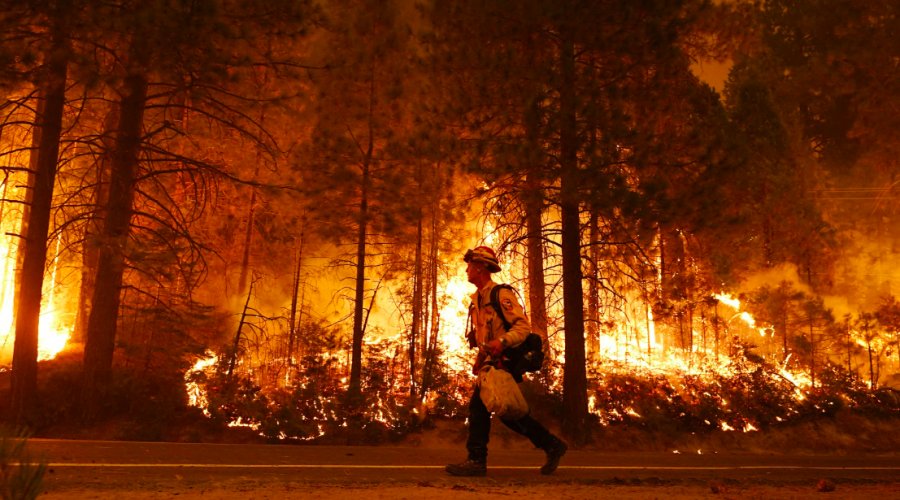 According to SciJinks.gov, “Wildfires are uncontrolled fires that spread quickly and can destroy homes and the environment nearby.” A 22,700 acre fire called El Dorado was started at a gender reveal party on September 5th in Southern California. The News Mirror reported just two days ago that the fire is now 93% contained and mountain residents are able to go home. That fire has been raging for almost a month, and it isn’t even the biggest one this year.

How do wildfires start? Are humans to blame?

There are many different ways a wildfire can start; “most wildfires in the US are sparked by human activity” reported Sci Jinks. It’s shocking that these devastating fires are caused by human error. According to the New York Times, normally, 95% of wildfires in California are started by people accidentally.

Although Climate Change didn’t start most of these fires, it intensified the fires making them bigger. To make things worse, the region has been going through heat waves with very little rain making the area dry, and creating a perfect brew, growing for a wildfire. In the same NYT article, Philip Duffy, president and executive director of the Woodwell Climate Research Center in Falmouth, Massachusetts said, “It’s true that climate change didn’t cause the fire…It causes them to get big. It drives the intensity of the fires. That’s really the story, fire size.”

The West Coast has been on fire since August. According to sciencemag.org, “so far this year, fires in Oregon, Washington, and California have burned some 3 million hectares, marking the West Coast’s worst fire season in at least 70 years. The blazes have killed at least 35 people, destroyed hundreds of structures, and caused extreme air pollution that has threatened the health of millions of residents.” Many endangered species have become even more endangered because of the wildfires.

Warriors, many of us don’t understand the consequences of our actions and how they have a detrimental effect on the whole planet. Climate Change seems too big and far away. It is here. Let’s become more aware of our impact before it is too late.