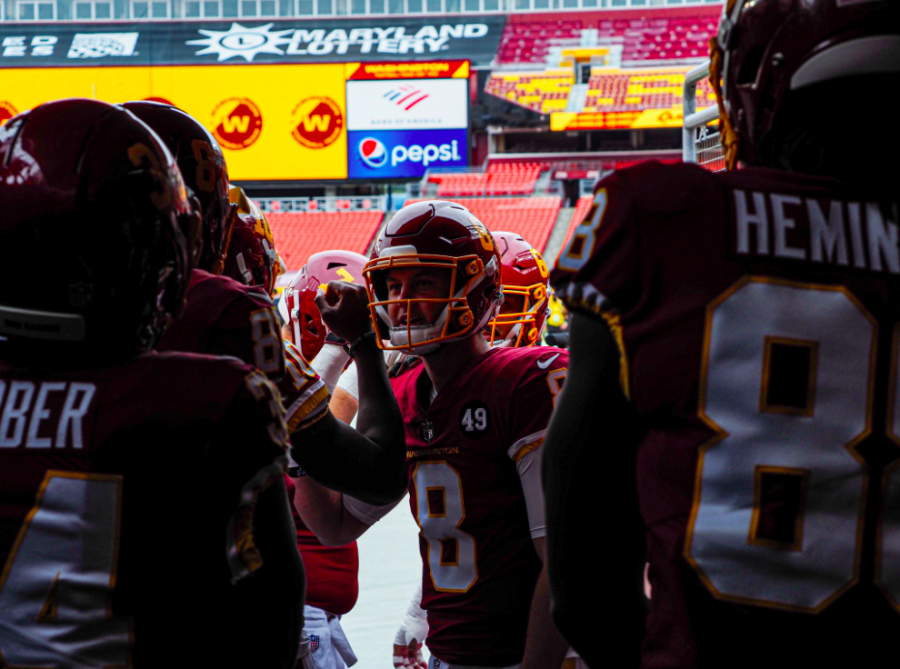 The Washington Football Team was one of the lowest teams last year. A lot of people thought the WFT was going to be bad (and terrible) and weren’t going to win a game because they couldn’t even agree on a team mascot. Dan Snyder announced that the home team would be called the Washington Football Team in early July. The old name was racist to the Indiginous People in America. He brought on a new head coach, Ron Rivera. They won their first game and have had a string of losses since. They are 2nd in the Division with a 1-3 record.

Let’s see how they got that record:

The WFT started the season with a great win against the Eagles, 27-17. They were losing 17-0 and then came back with strength to win, 27-17. The gave the fans hope that this season was going to be different.

In Week 3, our WFT took an L to the Cleveland Browns, falling to a 1-2 team tied with the Cowboys. They did great on defense, but barely could do anything on offense. QB Dwayne Haskins threw 3 interceptions. At this point, they decided to start a whole new QB. If they don’t figure out the quarterback situation in the next two weeks, they are going to have a rough season.

The Washington Football Team just lost to the Ravens last Sunday, 31-17. Falling to 1-3 and 2nd place in their division. Starting Quarterback Dwayne Haskins went from QB1 to QB3. It is a controversial move which has many fans wondering what is going on. He isn’t even the backup QB for the game today. Kyle Allen is the starting quarterback now and is hoping to carry the team to victory against one of the best defenses in the league, the Los Angeles Rams. But if Kyle Allen gets benched or hurt, WFT will have to play with Alex Smith. Fans don’t know if Smith will be able to lead his team to victory because he hasn’t played in two years due to injury.

The Washington Football Team needs a vet on their team, a lot of their players are young and inexperienced. Most of their offense is year one and year two. If they had a veteran that could lead the division, they would be a contender in the NFL.

All fans can do is watch what happens next.