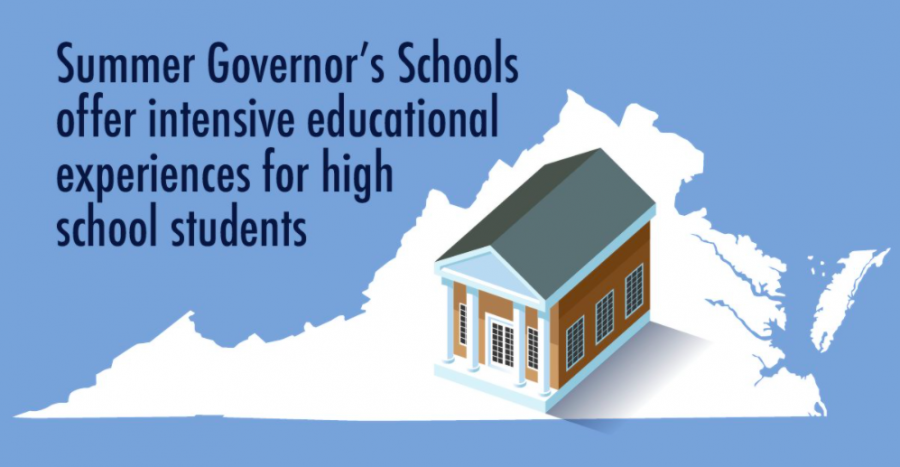 The popular Virginia Governor’s Schools and Foreign Language Academic Summer Residencies are a great way to meet students who have similar interests to you. The applications for this summer are due this Friday, 11/6. We interviewed 2 seniors who have attended the Language Academies in past summers to see what goes on.

Senior Kareena Stowers went two years ago and remembers that they are “a very fun time! It might not seem like going to go speak French for three weeks would be an amazing experience (that’s the attitude I went in with), but everyone there is in the same boat as you. It’s not a totally academic experience; you play games, eat crepes, compete in sports, and all kinds of other things!” What do you remember most from those three weeks? “I remember playing in the ‘World Cup.’ There are three Language Academies (French, Spanish, and German) and each had a soccer team. We all competed to win the World Cup. My year, the French academy won!” Congratulations, Kareena! This year may be virtual, but there will still be some great games to play.

What did you learn from the Governor’s Foregin Language Academy? “I feel that my French speaking was definitely my weakest out of speaking, reading, writing, and listening. But once I got back from three weeks of no English at all and only French, my French speaking was the best out of all of them! All four of those areas improved, but I was definitely able to carry out conversations with ease and even prepare mini-speeches without too much difficulty.” Sounds like you are ready to visit a French speaking country, now!

Senior Mardet Mulugeta attended the virtual Academy last summer. It was “fully virtual so we didn’t get to enjoy all the luxuries W-L would have offered.” What was the most memorable part from your virtual learning? “I would say the most memorable part was the talent show we held at the end of the two weeks. It was really fun to just enjoy the performances and chat with the other students in a group chat. I was also able to research topics that I liked in French which helped me learn more about those topics in other countries while also helping me improve my French skills.”

What did you learn from the Governor’s Foregin Language Academy? “I noticed my listening skills were way better than before attending the Academy. I was able to differentiate between the different parts of a sentence in French way quicker than before. I also learned key words and their pronunciation so that I know what someone means when they say those words in a sentence. I was able to listen and understand French better than before.” Sounds like you really dissected the language.

Would you attend the Language Academy even though it is most likely virtual this year? “I was glad that I went to the Academy because my French skills were able to stay with me during quarantine. I’m sure that without the Academy I would have forgotten way more French than I did. I enjoyed my time there even though it was virtual…I would say that anyone who wants to immerse themselves in a different language should definitely apply. It helped me a lot with my French skills and I met some pretty cool people through there that I am still in touch with today!”

For more information about the Schools for Dance, Theater, Music, and Visual Arts, email Ms. Maitland at [email protected]