Kamala Harris Elected Vice President: What It Means to this Desi American Girl 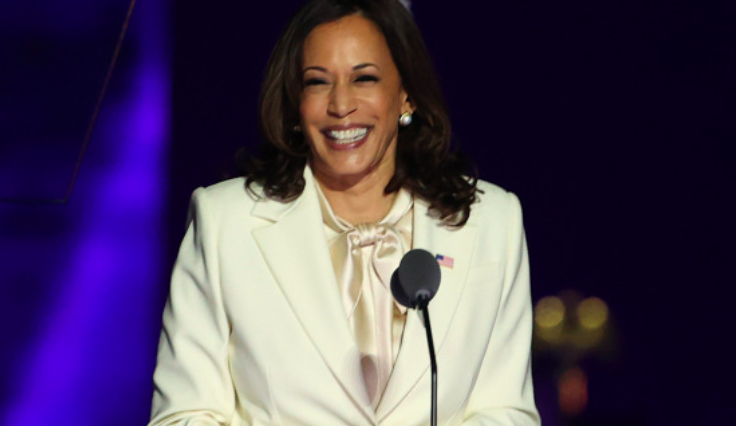 Earlier this week, my parents were watching election news (as most of us were no doubt) when I casually mentioned that Biden’s vice president elect, Kamala Harris was half Indian. The expression on their faces was disbelief;

After confirming that she was indeed the daughter of Chennai native Shyamala Gopalan, Harris earned the slow nod of approval from my Bangladeshi parents, the one that any Desi kid would recognize as the highest form of respect, reserved for the next door neighbour’s son, who became a doctor.

As a Desi American girl, this win has hit close to home for me in terms of being able to see a woman who looks like me, who had the same cultural influences growing up, and  someone who gets their (seemingly simple) name constantly mispronounced, reach such a visible position of power.

My parents’ reaction reflects that of many throughout the U.S in response to Harris becoming the next vice president of the United States; A sense of pride. Kamala Harris is the first Black, first Indian, & first woman to be elected Vice President after 230 years of the position being filled by middle aged white men.

As Kamala Harris said, While I may be the first woman in this office…I will not be the last.” Since it was announced, Harris has been showered with praise for breaking the glass ceiling and many other barriers for women of color, such as by The U.S. India Political Action Committee who called her victory “one of the most inspirational days for young girls everywhere, especially Black and Indian girls. A victory for decency, class, truth, maturity and unity.”

However, this news was not met with 100% enthusiasm, many leftists/progressives condemning her for her past actions as a prosecutor and self proclaimed ‘Top Cop’. So her election was bittersweet for me, for whom being queer is a large aspect of my identiy, to be able to fully support her when she hasn’t fully been showing up for the most marginlized members LGBTQIA+ community, such as when she refused gender affirming care for a trans woman in prison. She has since claimed to take full responsibility for this, but a politician’s words are empty without action to accompany it.

This has created an interesting split, both on social media and for me internally, with one side idolizing her as this legend that doesn’t need to be held accountable, and the other side completely opposed to her election win and the politics she practices.

So where should I fall?

The desi side of me, the one with Bangaldeshi relatives, wants to celebrate the long awaited representation she brings, which would deny her past shortcomings on issues that significantly impact me as a young queer person and ally to trans friends. However choosing to condemn her would deny the groundbreaking work she’s done for young women.

This issue isn’t black and white, I shouldn’t feel pressured by social media to choose between conflicting parts of my identity. Criticizing her for her past policy mistakes and praising her for her accomplishments should not be mutually exclusive.

There should be room for both.