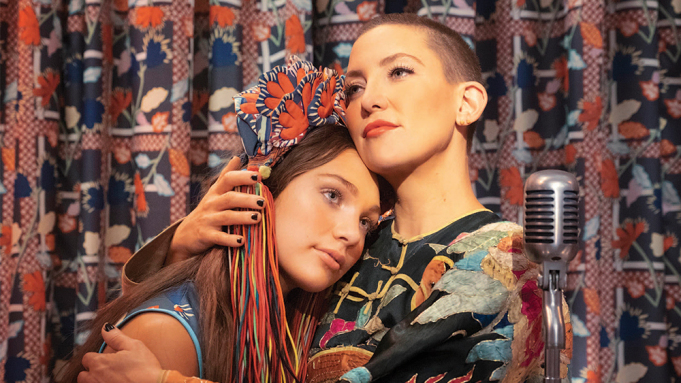 Photo found on variety.com and is courtesy of Merrick Morton/Hanway Films

Maddie Ziegler and Kate Hudson in a scene from Music.

At the end of last year, Sia released a trailer for her upcoming movie, “Music”. The film has faced backlash from disability activists who point out that the film’s protagonist, Music, is an autistic character played by an able-bodied woman, Maddie Ziegler. Critics argue that this is ableist and the role should be played by someone who is actually autisitc.

Autism advocates, such as @autisticats, expressed discontent to see autistic mannerisms, which they cannot control and are often used to discriminate against neurodiverse people, being imitated by a neurotypical person for gain. The autisic community will not benefit from that profit. They also pointed out that Sia’s comment that “people functioning at Music’s level can’t get on Twitter and tell me I did a good job.” and her use of the phrase “special abilities” in place of  “disabilities” were dehumanizing to nonverbal autistic people and the disabled community as a whole.

In response to these criticisms, the pop star took to Twitter to defend her directorial choices, stating that she had well meaning intentions and asked people to watch the film before making judgements. She tweeted out, “I really hope you see the movie so you can be less angry.” Her interactions with the Twitter community sometimes escalated into anger, like when questioned by an autistic actress as to why there wasn’t more effort to cast neurodivergent people in the lead role. Sia responded with, “Maybe you’re just a bad actor.” She also said, “I cast 13 neuroatypical people, three trans folk…as doctors, nurses and singers. My heart has always been in the right place.”

In an interview with Australian talk show The Project, Sia admitted that her choice of casting Ziegler was indeed ableist, freely confessing that, “I mean, it is ableism, I guess, as well — but it’s actually nepotism, because I can’t do a project without her.”

Sia fanned the flames of controversy even more once she announced that she had consulted Autism Speaks, an organization widely considered as ableist and harmful to the neurodiverse community. She claims she did not know the organisation’s reputation. However Twitter user @mysicksadlife posted if “3 or 4 autistic people” had  been consulted during the film’s production, they would have told her that Autism Speaks is ableist.

If you want to speak out against the film’s release in February, check out this petition, and here are some disability/autism advocates to follow to stay informed: